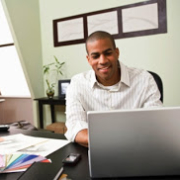 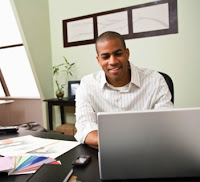 Milena Rampoldi, ProMosaik e.V. – What Jeff Clarkson wrote us about himself: “My name’s jeff Clarkson. I am a native American translator born in Canada (Montréal) where I learned French as my second mother tongue which I spoke in my entire childhood. I am perfectly bilingual and I love learning languages ; that’s why I learned Spanish, German, Portuguese and Italian.

I have worked around the world especially in USA, Canada and Europe as a freelancer. I am convinced of what you told me about languages as bridges between cultures. I am sure that knowing languages can promote peace and understanding allover the world”.

MR: What do you think is important to promote intercultural dialogue?

JC:
—> learning as much as possible about the target culture
—> avoid stereotypes and ethnocentrism
—> acceptng others as they are
—> avoiding value judgement

MR: How can translations improve communication between peoples and promote a culture of inclusion and peace?

JC:
—> by making content available for humanity in all languages
—> learning other languages means learning other cultures and being ‘in’, not out.
—> creating a platform for communication and mutual understanding

MR: How can you explain to foreigners how different your native language is?

JC:
—> giving examples
—> comparing it to theirs
—> speaking it and showing them the difference

MR: How can you teach your language to foreigners in the best way?

JC:
—> talk to them about the usefulness of such an endeavor first.
—> focus on listening skills to let them grasp the musicality of the language
—> teach them basic things gradually

MR: What are the principal problems translators have when they have to translate into a European language?

JC:
—> problems of equivalence (hard to find an equivalent sometimes, so we paraphrase)
—> hard to adapt to a specific locale (French (France, Belgium, Luxembourg, Switzerland, etc)
—> rates are high so it’s difficult to afford a competent translator

JC: It means I have to e aware of the cultural differences existing between peoples of the world and that I should respect them.
Cultural empathy means adopting the culture of the target people as one’s own.

“I would like to see an Israeli and Palestinian people living peacefully”:...