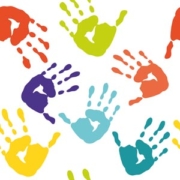 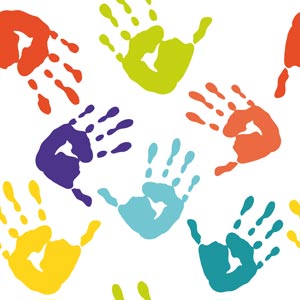 by Milena Rampoldi, ProMosaik e.V. – Today we asked Andrea Calabro’ to speak about his relation to foreign languages and cultures. As translator he believes in the importance of being a bridge among cultures and to support dialogue and intercultural understanding. What Andrea told us about himself: “With a Master’s degree in finance, I participated as a business analyst in a team that launched two ICT start-ups. Having a flair for my mother tongue handling and vocabulary, I’ve soon started taking care of the overall written communication too. These tasks liked me, so I then put my skills into a freelance activity in this field.”

Milena Rampoldi: What are the principal linguistic and intercultural problems for translators into and from the languages you handle?
Andrea Calabro’: One of the main problems I think is steadiness. Languages are something continuously evolving and so should be the translator training. If you don’t live in a country where a language you work with is commonly used, the risk is to be left back, outside this development. To be up to date, a translator has to frequently read something in the target language. Newspapers, books or so, but they have to be recent. The strengthen of this link will also reduce intercultural problems, because reading is knowledge. It will lead to a better awareness about the cultural context of the target language country.
MR: What do you think is important to promote intercultural dialogue?
AC: Reading, many different things of different origin So translation is important to do that! Because we can’t rely on what it’s said about a specific issue in our strict cultural context. Even if this one is not so strict, to be a passive information assimilator will only make propaganda’s aims to be reached. And propaganda always creates war, conflict towards who or what is called to us as the enemy. Intercultural dialogue bypasses the propaganda and it leads in discovering that the “enemy” is not so different from the rest of us.
MR: How can translations improve communication between peoples and promote a culture of inclusion and peace?
AC: In the way just cited, providing us the words of people of faraway lands and of different culture. In discovering other cultures the bond between us and the stranger is strengthened, creating a tolerant individual.
MR: How can you explain to foreigners how different your native language is?
AC: Italian has entered the collective imagination as a musical language of poetry. Times are changing and it should be better preserved from Anglo-Saxon influence, in order to maintain its uniqueness. I think that in Spain and France are more protective in this field.
MR: How can you teach your language to foreigners in the best way?
AC: If the student is a native speaker, or knows well another Latin derivative language is the best, as Italian, Spanish, French, Portuguese, etc have many similarities between them. The ideal is always to put the student in a complete Italian environment: everyday courses and a stay in a family or so.
MR: What are the principal problems you have when they have to translate into a European language?
AC: I don’t have these problems, as a only translate into Italian. I strongly think a translation service should be provided only from target language mother-tongues. I did it in the past, and the main problem to translate into a foreign language I think is phrase structure and construction. Like this interview I conducted in English: it could be understandable, and I hope so, but a native speaker surely would have something to say…
MR: What does intercultural awareness and intercultural empathy mean to you?
AC: The two concepts combine into my world vision of an united world. Not with the meaning globalists intend it, such a world where everyone and everything is the same, no matter where you are. This is a world of puppets into the hands of the world lords of war. Intercultural awareness and empathy can create a better united world, where every culture respects the others in a opened and cooperative way.