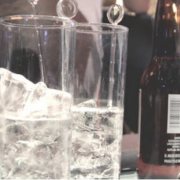 By Denise Nanni and Milena Rampoldi, ProMosaik. In the following our interview with the organisation INTERCAMBIOSlocated in Argentina. Intercambios is a pioneer in training on the management of problems associated with substance use. We talked to Graciela Touzé about the aims, history, and methods of Intercambios in its struggle against abuse of substances of all kind, legal, and illegal. The criminalisation is not the right way to solve the problem. And for women, we need a specific approach.

How was Intercambios founded and with what aims?

In 1995 a group of professionals who were working in an HIV and drug use project made the decision to continue the work once the project ended. The rates of HIV/AIDS infection among people who injected cocaine were very high in the main cities of Argentina. At that time the treatments for problematic drug use were still not well articulated with the health care services for people living with HIV.  So there was a double problem to work. There were lots of people living with HIV / AIDS who injected drugs in a very vulnerable situation, being a doubly stigmatized population for being injecting users and living with HIV / AIDS, often in situations of social exclusion, with little relation to health services and social institutions.
Intercambios was born in a neoliberal period, when the State was moving away and neglecting key public health spaces. The field experience of the founders of Intercambios showed them that there was much to be done in HIV prevention for drug users. With that maverick and laborious spirit Intercambios Civil Association was born and defined its mission considering the basic  precepts of human rights to shape the construction and application of knowledge about drug use and drug related problems.

The institutional objectives were defined as follows:

®    To favor research development and studies about drug related problems from a scientific, interdisciplinary and ethical perspective.
®    To disseminate rigorous information about legal and illegal drugs as part of a coordinated effort to steer public opinion towards a more reflective and responsible vision of drug use and drug users.
®    To develop and provide resources to drug using communities, including professional outreach workers and peer educators.
®    To design, advise, implement, and evaluate prevention plans, programs and community interventions.
®    To develop a network of social services and resources that will provide access to comprehensive care for people who are affected by drug related problems.
®    To promote the permanent exchange, collaboration and cooperation between institutions, investigators and other social actors, in order to achieve the integration of networks and working teams.
®    Since its foundation, Intercambios has reached the following achievements:
®    Became a key organization for harm reduction, drug policy and human rights, based on scientific evidence, both nationally and throughout Latin America.
®    Developed studies that provided relevant epidemiological information for the country, in collaboration with other institutions and academics centers.
®    Focused on policies and intervention for the drugs users, in order to improve their accessibility to social and health care services.
®    Intervened in health programs, working directly with drug users. Intercambios has supported interventions of governmental and non-governmental organizations through training processes and technical transference.
®    Generated and organized forums about drug policy that now reach across Latin America, which gather the most renowned experts along with governmental officials, lawmakers, and activists.
®    Trained in service students, graduated professionals and community activists in Argentina and abroad. Provided virtual training courses throughout Latin America.

What are the main risk factors in Argentinian society, that can bring to drug abuse?
As elsewhere in the world, substance use is available and stimulated by social interaction and by marketing campaigns, particularly in the case of the legal substances such as alcohol, tobacco or prescription medicines. People who use drugs in Argentina and in many other countries have different purposes for using substances, but only few of those who use them will have a problematic drug use that could harm their social integration. Nevertheless, many of the people who use drugs and particularly those who use illegal drugs are heavily criminalized, generating more problems than those it intended to solve.  The criminal response has affected mainly low-level traffickers and drug users. At the same time, it has complicated—and sometimes stopped—the development of other, more effective and less harmful, non-criminal responses.

Why are drug-related issues connected to human rights?
Scientific evidence has profusely shown the harmful consequences that the “war on drugs” had globally. Many Latin American officials and activists working to reduce HIV infection, increase of incarceration rates, stigma and discrimination of people who use drugs have found linkages with the human rights groups and movements working in the Region. These interactions have helped the human rights groups to broaden their views of human rights historically linked with political repression, and gave the people working with the harm reduction approach a well defined framework to discuss the rights of drug users.

How do you address specific action for women?
Women who have drugs related problems particularly suffer the violation of their rights. At least three situations are to be considered: women who have a problematic drug use, women imprisoned for drug related offenses and women that are part of sexual exploitation or drug traffic networks. Since Intercambios was founded our work had a gender focus. Intercambios has produced investigations, interventions, trainings and advocacy in these issues and communicated them at national, regional and international forums. One of our latest intervention programs is named “Let’s talk about drugs”. It is dedicated to prevention of substance use and promotion of youth participation in vulnerable environments. It is located in La Matanza Municipality in the Province of Buenos Aires, Argentina. A Listening Center is organized twice a week, as an open space for adolescents and adults that need to talk, to be heard, to receive counselling and assistance linked to drug related problems. Individual and group interventions are developed. The team defines this Centre as a space that is characterized by “being available… to make something happen”. Gender violence, sexual and reproductive health andinformation about healthy diet were particularly addressed with young girls that participate of the program.

Do you cooperate with local authorities and institutions? If yes, how?
We have been working since our foundation with the Directory of AIDS and STI of the Ministry of Health, the local agency dedicated to drug issues and human rights departments at the national, provincial and municipal levels. We have organized and developed trainings, preventive interventions, research activities and advocacy initiatives with many governmental officials in Argentina and in other Latin American countries. Globally, Intercambios is a member of the International Drug Policy Consortium, is registered as a civil society organization at the Organization of American States since December 2009, and was awarded special consultative status by ECOSOC on July 2012.

Wanjala Wafula of The Coexist Initiative – We need to talk to men and...