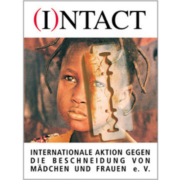 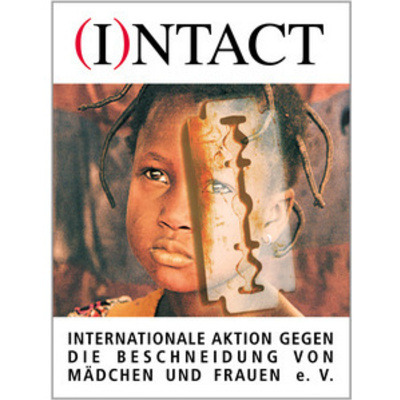 by Milena Rampoldi, ProMosaik. Edited by William Hanna. I would like to thank Christa Müller —founder and chairperson of the association (I)NTACT e.V. — for taking time to let me interview her. For ProMosaik the struggle against FGM is a universal struggle for the well-being of all society. Religion cannot be used to justify FGM because the concept of FGM in non-existent in all religions. The example of (I)INTACT shows how FGM can really be ended.
Milena Rampoldi: Which is the main objective of Intact?
Christa Müller: The main objective of (I)NTACT e.V. is to definitively abolish FGM in as many countries as possible.
MR: What does FGM mean and how severe are the consequences?
CM: FGM is practised in different forms. In most of the cases, the operation is executed without anaesthesia and under insufficient hygienic conditions. In the most frequent cases, more or less big parts of the clitoris and the labia minora are partially or completely removed (excision). In the so-called infibulation, parts of the labia majora are cut as well, and the remaining parts are closed with a suture or spines, just by leaving a rice corn-sized opening. The consequences for the physical and psychological health are often severe. It is estimated that some five percent of the girls die because of the operation.
MR: ProMosaik considers FGM as a torture inflicted to women by women because it is part of  so-called tradition. FGM, However, is not recognised by any of the monotheistic religions. What is your opinion on that?
CM: FGM means structural violence. It would be insufficient to define this tradition as a torture inflicted on women by women. The mothers and grandmothers who have their daughters and granddaughters circumcised do it to meet the requirements of their society. They just want the best for their girls. In addition, the best for them in these societies is still the marriage. Unmarried women have no chance of taking care of themselves. If the marriage is only possible for circumcised girls, then FGM becomes essential for girls. If something has to change, men must start to marry un-circumcised women, and the husbands’ families must accept daughters and sisters in-law without circumcision. The whole society must be involved in fighting FGM. In addition, women must have the right to live their life without marriage.
None of the monotheistic religions require female circumcision. The tradition was established before the origin monotheistic religions. During archaeological excavations, mummies of circumcised women were found. However, religion does play an important role. The majority of the people practising these traditions are Muslims. The tradition is also performed by Christians and followers of natural religions. In general, in Islam there is the commandment of physical integrity of all people. However, many believers consider FGM as religious act representing the ritual purity of women. The chastity required from girls and women should be achieved by reducing the female libido. Therefore, the matter is always about how to control female sexuality with extremely drastic methods. It would be very helpful if the religious authority of Islam explicitly condemned FGM everywhere including the smallest of villages.
MR: In which countries do you work? Which are the most successful strategies?
CM: (I)NTACT works in the Western African countries Benin, Togo, Burkina Faso, Ghana, Senegal, Gambia.
(I)NTACT always works with a partner organisation on the spot because they fully familiar with the circumstances in their own countries. As a small association, (I)NTACT always adapts its strategies to the relevant requirements. Such flexibility is a great advantage. First, all people are informed nationwide from village to village and from farm to farm about the severe health problems caused by FGM.
In traditional societies men who have an extended authority as protectors of the tradition and religious leaders play a particularly important role. They have to recognise that the elimination of the tradition has no spiritual disadvantages. Therefore, they have to be totally involved in the awareness-raising process. Because the “circumcisers” lose their income if they cannot practice their profession, we can offer our support with compensation. The former circumcisers get retraining and small mortgages. It is also important to strengthen the position of women by giving them access to education and information about their rights so that sustainability can be guaranteed. Consequently, (I)NTACT remains on the spot with different small projects so as to monitor the situation after FGM has been ended. It is important to avoid “FGM tourism” from a freed region into regions where FGM is still practiced. Therefore, we have to work nationwide and cross-border.
MR: What have you achieved until now and what are your hopes for the future?
CM: The two neighbour countries Benin and Togo have been freed already. There FGM is just practised in very rare and exceptional cases. Ghana will be the next country in which girls will not be victims of FGM anymore. In various regions of Burkina Faso and in parts of Senegal (I)NTACT was also able to efficiently struggle against FGM. For the future, I wish that Burkina Faso would be FGM-free within 2025 at the latest.

MR: How important is awareness-raising of the problem in Europe, and why?
CM: Europe must guarantee compliance with human rights. Moreover, the right to physical integrity for all people, all girls and guys living in Europe, are part of it. If we are able to change the immigrants’ mentality, this can also positively influence people in the countries of origin of European immigrants.
https://promosaik.org/wp-content/uploads/2017/02/11097.jpg 400 400 promosaik https://promosaik.org/wp-content/uploads/2020/02/Promosaik_brandwordmark.png promosaik2017-02-26 09:38:032017-02-26 09:38:03Intact