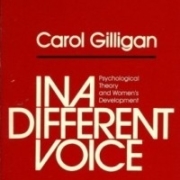 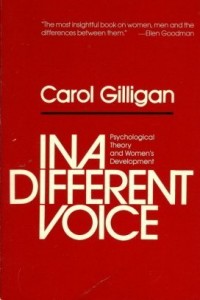 This book started a revolution. Published decades ago, it made women’s voices heard, in their own right, with their own integrity, for virtually the 1st time in social scientific theorizing about women. Its impact was immediate & continues in the academic world & beyond. Translated into 16 languages, with over 750,000 copies sold. In a Different Voice has inspired new research, new educational initiatives & political debate–& helped many women & men to see themselves & each other in a different light. Gilligan believes that psychology has persistently & systematically misunderstood women: their motives, their moral commitments, the course of their psychological growth & their special view of what is important in life. Here she sets out to correct psychology’s misperceptions & refocus its view of female personality. The result is a tour de force, which may reshape much of what psychology now has to say about female experience.

The Dance of Anger by Harriet Lerner