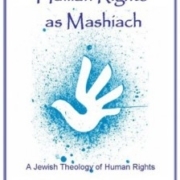 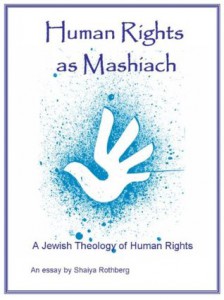 It happens now and again that powerful new ideas change the course of history. I’m talking about a special class of redemptive ideas that push humanity to a higher stage of evolution, a stage in which we as a species are wiser and more loving and more just than we were before. One such idea was that all human beings are created in the image of God. Another was that faithfulness to God means abolishing slavery. I think that on the cultural horizon of the human species today there is such a new idea, an idea that could help redeem humanity from her present state of exile and destruction. That idea is the theology of human rights.

While religion is sometimes the enemy of human dignity, it can also be a powerful force for its protection. When John Woolman, an American Quaker born in 1720, began preaching that faithfulness to God requires abolishing slavery, he ignited a religious passion that helped facilitate the global paradigm shift that outlawed human bondage across the planet. That religious passion united humanity’s moral intuition with her awe in the face of God’s creation; it wove the mysterious and enthralling presence of the divine into the love that humans can know for the other. The time has come to preach global moral responsibility: God commands that we enact a “human covenant” to protect and nurture all human beings. While all doctrines may be criticized and all laws revised, the confidence that humanity has placed in human rights establishes them as the foundation of that sacred effort.

What we need is an inter-faith and multi-cultural theology of human rights constructed like a mosaic from the world’s religious perspectives. We need a theology that will direct the religious energy of our species towards protecting and nurturing human beings. To that end, I offer the below particularistic Jewish contribution to human rights theology. It is more of a program for future study than a complete theology. But the outline is clear. My approach is provocatively, but accurately, summed up in the statement that the global human rights movement is mashiach (the Hebrew word for “messiah” or “anointed one”) and that a global order guaranteeing the International Bill of Rights as contained in the Universal Declaration and the two covenants is the foundation for the kingdom of God.

The New Human Rights Movement: Reinventing the Economy to End Oppression by...