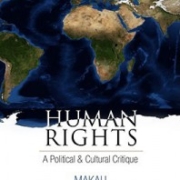 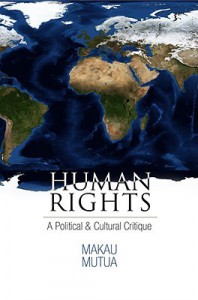 In 1948 the United Nations adopted the Universal Declaration of Human Rights, and with it a profusion of norms, processes, and institutions to define, promote, and protect human rights. Today virtually every cause seeks to cloak itself in the righteous language of rights. But even so, this universal reliance on the rights idiom has not succeeded in creating common ground and deep agreement as to the scope, content, and philosophical bases for human rights.

Makau Mutua argues that the human rights enterprise inappropriately presents itself as a guarantor of eternal truths without which human civilization is impossible. Mutua contends that in fact the human rights corpus, though well meaning, is a Eurocentric construct for the reconstitution of non-Western societies and peoples with a set of culturally biased norms and practices.

Mutua maintains that if the human rights movement is to succeed, it must move away from Eurocentrism as a civilizing crusade and attack on non-European peoples. Only a genuine multicultural approach to human rights can make it truly universal. Indigenous, non-European traditions of Asia, Africa, the Pacific, and the Americas must be deployed to deconstruct–and to reconstruct–a universal bundle of rights that all human societies can claim as theirs.

Mine & Yours: Human Rights for Kids by Joy Berry
Scroll to top