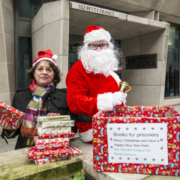 By Denise Nanni and Milena Rampoldi, ProMosaik. On the website of the Howard League in London I found this important statement: “We campaign to reduce the prison population and to change prisons. From challenging restrictions on prisoners reading books to ground-breaking research on sex behind bars, the Howard League is the leading voice on what should happen inside prisons“. This was exactly what motivated me to ask for an interview about Howard League‘ work and activity. Would like to thank Rob about for his important information. 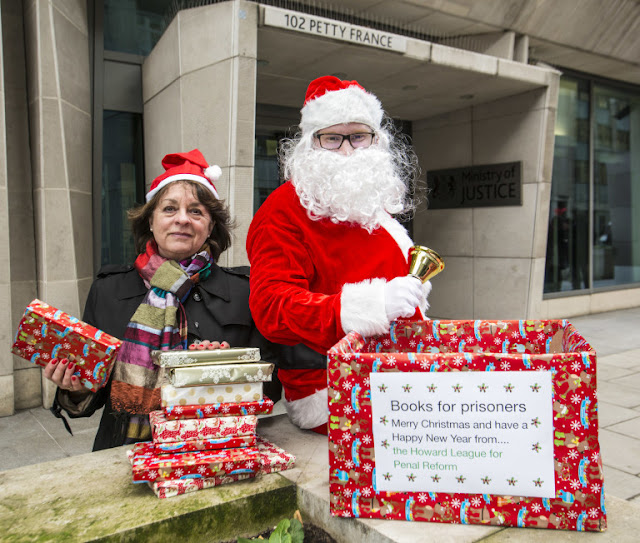 How was the Howard League founded and why?
The Howard League is named after John Howard, the founder of the penal reform movement. Between 1775 and 1790 John Howard made seven journeys across Europe in search of a humane prison system for English gaols to follow. He conducted these investigations on his own and financed them himself.
In 1866, the Howard Association was formed. Although it was almost eighty years after the death of John Howard, the founders felt that there was a need to campaign for reform in the independent style practised by its namesake.
The aim of Howard Association was the “promotion of the most efficient means of penal treatment and crime prevention” and to promote “a reformatory and radically preventive treatment of offenders”. In its first annual report in 1867, the Association stated that its efforts had been focused on “the promotion of reformatory and remunerative prison labour, and the abolition of capital punishment.”

Why did the prison population increase so much in time?
The answer to this question can be found in this document, published by the Ministry of Justice, covering the years from 1993 to 2016. Here, among others, it says:
In 1993, Violence Against the Person (VATP), Sexual Offences and Drug Offences together accounted for around to in every five sentenced prisoners (including the recall population).
By 2016, this had increased to three in five VATP and Sex Offenders may be given an Extended Determinate Sentence (EDS).
Around 75% of prisoners serving an EDS as at 30 June 2016 were either VATP or Sexual offenders.
What activities do you carry out in order to transform prisons?
We campaign for change. Recent examples include our successful fight to overturn a ban on sending books to prisoners. At the Howard League we know change is possible. People can change, institutions can be changed, whole systems can be changed. Here are some examples of how it can be done.
In November 2013, the Ministry of Justice introduced a blanket ban on loved ones sending in books and other essentials, such as underwear, to prisoners. This was part of a crackdown on what ministers described as prisoners’ “perks and privileges”.
At the Howard League for Penal Reform, we know this is wrong. People are sent to prison as a punishment, not for a punishment. Books and essentials such as underwear should not be seen as perks or privileges. Reading books goes hand in hand with education, with rehabilitation, with humanity. We should do everything we can to encourage reading and not restrict a prisoner’s access to books.
We launched the Books For Prisoners campaign in March 2014. In the first week of the campaign a letter was sent to the Daily Telegraph from many of the country’s leading authors, thousands of Howard League supporters tweeted ‘shelfies’ to the Ministry of Justice, and the Poet Laureate Carol Ann Duffy staged a poetry reading – ‘The Ballad of Not Reading in Gaol’ – outside Pentonville prison in north London.
As the campaign progressed, authors delivered a letter to the Prime Minister, David Cameron, the Howard League staged a silent protest as the Justice Secretary gave evidence to a parliamentary committee, and Santa visited the Ministry of Justice as part of ‘A Christmas Carol’. By the end of 2014 the High Court had ruled the restrictions unlawful. 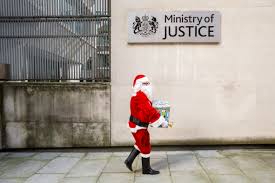 Santa along with the Howard League and English PEN delivering books for prisoners to the Ministry of Justice HQ, central London.
In 2015, the Howard League won a Charity Award 2015 for the Books For Prisoners campaign, which was described as having “every aspect you could want from a campaign” by the judges.
What actions do you address to women? And why did you decide to undertake specific actions for them?
Here is a link to the work we do to help women in trouble with the law, and the reasons why we do it: http://howardleague.org/what-you-can-do/women-in-the-penal-system/
Women are a minority in the criminal justice system, accounting for approximately 5 per cent of the prison population and 15 per cent of those supervised in the community. The reasons that they end up involved in the criminal justice system are often very different to their male counterparts and their needs tend to be more complex.
The vast majority of women that are sentenced to prison serve very short sentences for non-violent offences. These sentences create chaos and disruption for women and their families and do nothing to help them turn their lives around.
In 2007, Baroness Corston published her seminal Review of Women with Particular Vulnerabilities in the Criminal Justice System, also know as the Corston Report. It concluded that imprisonment was disproportionate and inappropriate for the vast majority of women in prison and that women’s centres and other community services were far more suitable for almost all women in contact with the justice system.
The Howard League provides administrative assistance to the All Party Parliamentary Group (APPG) for Women in the Justice System, chaired by Baroness Corston and Fiona Mactaggart MP. The APPG works to ensure high quality debate and discussion on issues around women in the justice system in Parliament and continues to push for the full implementation of the Corston Report recommendations.
The APPG’s latest report looks at the impact of the Transforming Rehabilitation reforms on women’s centres. 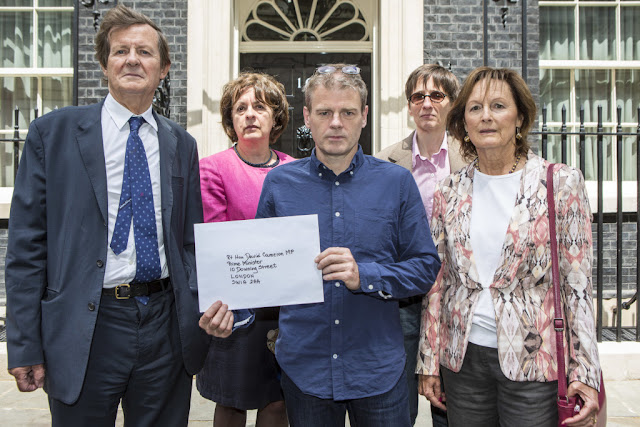 In which ways is it possible to reduce the prison population through prevention?
We have published proposals that, if adopted by the government, would reduce pressure on the prison system by reducing the prison population. It is called the 3 Rs of Prison Reform.
Our overcrowded prisons are not law-abiding places. Prisons are rivers of crime. We are throwing more and more individuals into these raging rivers of violence, of drugs, of frustration and mental distress, and somehow magically thinking that this will make them better people.
It does not. The river doesn’t steer these people to safe shores but sweeps them away into deeper currents and further and further into crime. Ultimately that means more people will be released from prison and go on to reoffend. More members of the public will become victims of crime.
What we need is immediate action to stem the flow of people into prison and support so that prison staff can then focus on working positively with those who remain behind bars.
·         Our Achievements
Overcrowding and why it matters
The prison population of England and Wales has doubled in twenty years and the system now holds many more prisoners than it was designed to hold.
Overcrowding means around 20,000 prisoners are forced to share tiny cells in twos or threes. The prisoners will not know each other or what they have done. You can go to sleep one night with a cellmate in the other bunk and the next morning a complete stranger could be sleeping there.
Overcrowding means that prisoners are not placed in the prison most likely to help but instead where there is simply a bed that is available.
Overcrowding means that prisoners do not have sufficient access to purposeful activity such as work or education, or to visit healthcare or receive visits. More and more prisoners spend up to 23 out of 24 hours a day lying on their bunks doing nothing. The sheer boredom itself feeds and breeds the problems of violence and of drug abuse behind bars.
Meanwhile, the manifest needs of most prisoners are not being met. Poor mental health, drug and alcohol addiction, poor literacy and numeracy: these and other issues are more likely to be made worse rather than better by a spell inside.
Dangerous prisons
Despite the best efforts of those working in the system, prisons are sinking under a tide of violence, of rampant drug abuse and increasing evidence of mental distress among prisoners.
There were more alleged homicides in 2015 than in any other year on record. Assaults in prison have risen by 34% in the space of one year. Assaults on staff have risen by an even greater 43%.
It is not just violence against other people, however, but violence against the self. The rate of self-injury has more than doubled among male prisoners since 2010. The levels of suicide in prison are the highest since records began.
Across the board, things are not just getting worse but the rate of deterioration is getting worse.
If what was happening every day in prisons was happening in schools or hospitals – even just one school or hospital – there would be a public outcry.
The state of the prisons is now a national emergency.
What needs to be done: the 3 Rs
The government has announced plans to improve safety but unless it deals with overcrowding by reducing demand on the prisons then those plans will fail.
Bold sentencing reform to better match the use of prison to the resources available is required. There is no reason we cannot bring numbers down by a half and have a prison population of around 40,000 – the same size of prison population we saw in England and Wales when Margaret Thatcher was Prime Minister.
In the immediate future, however, we need to prevent more violence and more deaths. The Howard League will outline practical actions in three key areas, actions that can start to ease the pressure and set us on a journey to reduce prison numbers. We are campaigning for measures to address the 3 Rs:

  The 3 Rs of Prison Reform: Recall to Prison

Slowing down and stopping the revolving door to custody.

  The 3 Rs of Prison Reform: Release from Prison

People are spending more time in prison than is necessary. This is expensive, counterproductive and, in some cases, unjust.

  The 3 Rs of Prison Reform: Rules in Prison

How the rules that operate in prisons are contributing to the crisis behind bars. 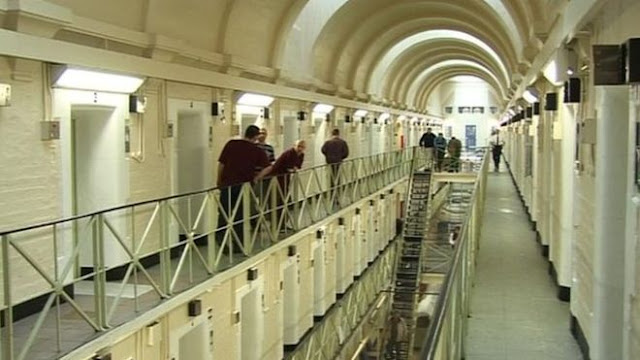