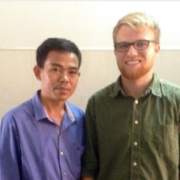 By Milena Rampoldi, ProMosaik. In the following my interview with Him Yun at CISA(Coalition for Integrity and Social Accountability) in Cambodia. I talked to him about the main problems in his country, and the important of struggling against corruption and to engage for a society characterised by social transparency, justice, and equality. 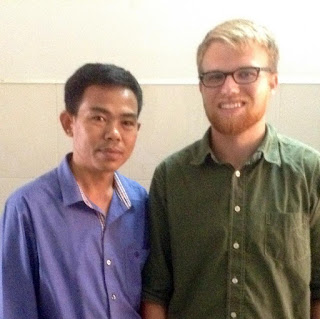 Milena Rampoldi: Which are the main problems of your country in the social field?
Him Yun:
Corruption perception from citizens in g­­­­eneral: The perception of corruption is very high in Cambodia.  “In the Perceived Corruption Index of Transparency International, Cambodia ranked only 150th out of 169 countries surveyed and was perceived as the most corrupt in ASEAN.[1] Beyond that the same survey found that 57% of CEOs of small to medium sized businesses felt that corruption was one of the factors holding their company back.[2]
Transparent public service delivery:
Weak systems of checks and balances, ineffective accountability mechanisms and scarce opportunities for public participation further contribute to the deteriorating situation. People are usually compliant with extra charges put forward for public services. The attitude of authorities is to discriminate against their own citizens who have different political beliefs.
Transparent judicial system:
a)- Court
The court is an institution that is typically held in high regard and is established to hold all those before it equal before the law, but like many public services in Cambodia, it has not been free of corruption. This has led to a significant amount of frustration with the justice system, as many ordinary citizens have lost faith in the courts’ ability to provide them with fair restitution and justice. Citizens are unable to receive a fair trial, especially in cases of land disputes, because the court clerks demand money before proceedings commence and judges frequently demand bribes from applicants.  It is now a frequent occurrence that judges do not make decisions based on law or jurisprudence but rather on bribery, nepotism and undue political influence. According to National Integrity System Assessment of Transparency International, Cambodia scored 13/100 for capacity of court system, 25/100 on independence on law and 0/100 on practice (Transparency International Cambodia Survey 2014).
b)- Justice police officers:
Police officers have little regard for justice and are biased to those who bribe them or can exert influence.  In addition, police officers frequently demand money from illegal loggers, workers and cross-border businessmen, in effect encouraging criminal behavior instead of preventing it. In the same Transparency International study mentioned above, 65% of respondents also reported paying a bribe to police services. This indicates that corruption among police officers is blatant and unashamed. These officials are entrusted to protect Cambodian citizens and are instead taking advantage of their positions of power.
c)- Judiciary:
Law enforcement agencies are perceived as the most corrupt and inefficient sectors, lacking the independence from the involvement of the ruling party as well as resources and capacity to effectively investigate and prosecute corruption cases. Transparency International Cambodia conducted a survey on National Integrity System in 2014 and found that Cambodia scored 13/100 on capacity, 25/100 on independence on law, and 0/100 on practice.
Political Corruption:
Corruption perception Index by Transparency International
2015 showed that Cambodia scored 21/100 with a rank of 150/168. The result shows that Cambodia’s corruption remains a serious concern that impacts its citizen’s daily life.  Based on these results, it can often be difficult to benefit from public services without conforming to the practice of bribery. The prominence of corruption in powerful politicians has a big impact on the community because their behaviors trickle down the hierarchy to impact the Cambodian citizens. Political corruption focuses on the abuse of state resources, cheating state resources, the abuse of power, nepotism, cronyism and partisans. Misuse of state resources for political interest occurs in Cambodia.  In 2014, the Anti-Corruption Unit (ACU) called for all politicians in the mandated to declare their assets. But the assets declarations were closed. We demand the assets declaration should be open to the public to ensure the transparency while most politicians with high property in questions.[3].
The high corruption level in Cambodia leads to hesitation from foreign organizations to provide investments and aid to use towards further developing the country.
Natural Resource management (land, water, forest, biodiversity, wildlife and mineral resources):
Lands:
Cambodia’s population, industrial agriculture, transport and energy sectors are all growing consequently requiring additional land, making the preservation and proper allocation of the remaining natural resources in Cambodia an important issue.  Agriculture has been highlighted by the Cambodian National Strategic Development Plan (NSDP) as a focus on growth will alleviate poverty in the rural areas while maintaining resources.[4]  In addition the EU has identified “access to natural resources and sustainable management of forestry sector” as one of two main issues to be addressed in the next few years as evidenced by the European Union Delegation to the Kingdom of Cambodia CSO Call for Proposals on November 7th, 2016.[5]
What are the main objectives of CISA?
•      To educate people and other stakeholders in Cambodia about the impacts of corruption, the principle of accountability, transparency, integrity, and justice as well as relevant legal tools.
•      To monitor and to mobilize in laws amendment as well as promote law enforcement effectively related to corruption.
•      To provide opportunities to share ideas, strengthen the solidarity and join in making a strategy for civil society organizations and other activists to promote good governance in Cambodia.
•      To coordinate building capacity and skill development for members so they can participate in effectively achieving the goal and objectives of the coalition.
•      To strengthen the cooperation between networks, organizations and other coalitions both nationally and internationally who have similar goals and objectives. 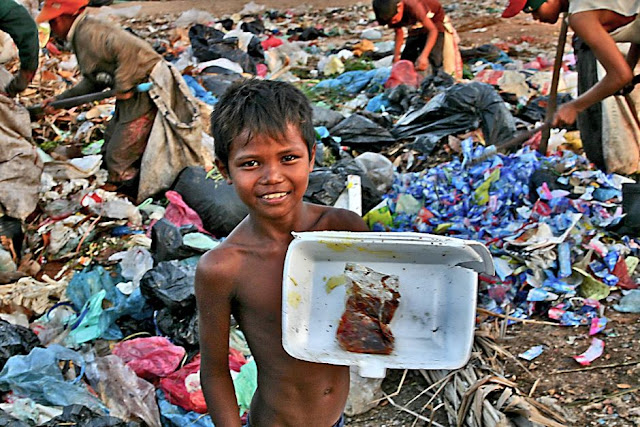 What do Integrity and Accountability mean to you?
Integrity means honesty in all actions even in secrete places.
Accountability means that the public service providers within mandate are responsible for their positions by not abusing any power.  All actions and decisions are accountable to the public citizens.
The 4 principles of social accountability are:
1-        Government Openness and Responsiveness
2-       Organized and Capable Citizens Group
3-       Access to Information
4-       Respect for Context and Culture
The supply sides should always follow the principles of good governance (participatory, transparency, accountability, rule of law, effectiveness & efficiency, responsive, human rights and inclusiveness)
Which are the main projects you work on?
–          In 2012-2015 “Collective Voice Against Corruption”
–          Implementation Social Accountability Framework (I-SAF) 2016-2018
–          Youth Participation in Democratic Election 2016-2018
Which are the best strategies to promote integrity and accountability in your country?
Through many years of working on the fields of good governance, social accountability and anti-corruption. All the above themes are linked and complement each other to promote integrity and social accountability.
CISA has been trying at different levels to spread understanding of the bad impacts of corruption, build social accountability and good governance at national, sub-national and grass-root level in Cambodia.
Currently CISA is working at grass-root level on social accountability to change the attitude of public services providers in commune administration services, health centers and primary school education.
CISA also cooperates with other institutions to build social accountability, good governance and fighting against corruption.
The best strategy to promote integrity and social accountability in the country is to build role models, starting with top leaders. The government staffs in the high ranking offices need to show a strong commitment to fighting against corruption, to have independence of court, and be active citizens in building transparency and accountability across the community and the country.
How to promote women’s rights in your country?
Policies on women’s rights are developing with increased encouragement for women to hold high positions. Example, in a political party, at least 30% women candidates are at the top list of candidates.
Community and family should respect women’s roles by showing equality between women and men. Men should recognize that women and men are both the hands to build family, community and the nation.
Women are equal in all sectors. Family should encourage daughters/ girls to get a higher education, respect that the house work is not the tasks of girls/women only, treat boys and girls equally, starting from within the home and family, community and society.    Women themselves should dare enough to be leaders and be actively involved in the community and society showing the public their capabilities.
What have you achieved until now and what is your dream for the future of your country?
The Coalition for Integrity and Social Accountability observe the changes from our work in different aspects.
– Local Authorities/ Service providers: Changed attitude and behavior by practicing non-discrimination, friendly services, avoiding asking for extra-fees, service chart is hanging on office walls and handing over receipts to people when they come for services from authorities.
– Community citizens: They dare to participate in meetings and raise their concerns to authorities and response or raise up their need to add on commune investment plans. Community people more understanding of the importance of participation in commune development.
– Youth: Youth seems aware on their rights to gain knowledge on social development from civil society organizations. Youth become community volunteers (networking) to mobilize community citizens to get involved in social development.
We still hope Cambodian society with accountability, transparency, integrity, equality, and justice which will enable people to live harmoniously.
“WE ALL ARE RESPONSIBLE FOR BUILDING OUR COMMUNITY AND OUR COUNTRY”
[1] Comfrel: Democracy, Elections and Reform in Cambodia 2015 Annual Report (2016), 19.
[2] Comfrel: Democracy, Elections and Reform in Cambodia 2015 Annual Report (2016), 19.
[3] Comfrel report 2015_
[4] Multiannual Indicative Program 2014-2020 (2015, pp. 6-7)
[5] Information Session: Civil Society Organizations in Development in Cambodia presented at the European Union Delegation to the Kingdom of Cambodia CSO Call for Proposals on November 7th, 2016