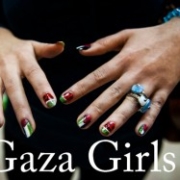 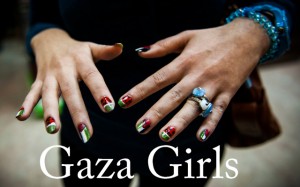 Monique Jaques’ new book, Gaza Girls, Growing up in the Gaza Strip, is a study of young women living and often thriving in the difficult conditions that are present day Gaza. Jaques is a news photographer based in Turkey, who has covered the Middle East, Afghanistan, Iraq and West Africa. Her work has appeared in many news outlets, including The New York Times and The Wall Street Journal.

In 2004, Jaques documented the eight day war between Hamas and Israel. While covering the war, she became curious about the everyday life of girls growing up in Gaza. As Jaques writes, “Gaza is a troubled land— a 45-square-mile district, isolated by towering concrete blast walls, reams of barbed wire and foreign soldiers who patrol its perimeters.

After years of blockades and travel restrictions, the territory is shut off from the rest of the world. At night the never-ending buzz of drones lull you into a light sleep under their watchful din. If you stand on the beach you can see lights coming from Israel — a land that you will never be able to touch. Boundaries and surveillance define your existence and growing up there isn’t easy.”

But there is still the experience of growing up. “Like many peers around the world, these girls are figuring out who they are in a world built by grown-ups. Navigating girlhood is universal, even if the circumstances are not.”

Her experience as a war time photographer shows in her pictures. You can’t help but examine each picture carefully; Jaques has made each picture a story in itself. She shows moments of joy, and moments of girlhood; girls sitting on beds sharing secrets. We stare in wonder at the girls on surfboards, what are they doing out there?

There is a girl on horseback, and one singing in a music studio. Some of the older women portrayed are medical students and police officers (albeit in traditional covered dress), but there is a telling photo of a bride dressed in white, and totally covered from head to toe. We cannot see the woman that this bride is. A young girl stands next to her staring off in the distance. We are left to wonder if this is a modern society or a traditional one?

The book is not intended as a political statement. Still, any portrayal of Gaza raises political questions, at least in the mind of the viewer. Too many pictures portray children sitting in the dark because there is no electricity. We see girls in bomb shelters and girls attending weekly protests against the partition of Gaza and the West Bank. We fear a little for the girl in the boat. What will happen if she strays too far from shore? We are forced to wonder, what will happen to these beautiful young girls?

Jacques lets the pictures tell the story. Her book is available now on kickstarter.

Confronting Environmental Racism: Voices From the Grassroots The World’s Religions (Plus)
Scroll to top