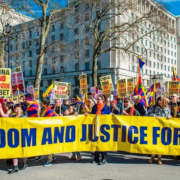 By Denise Nanni and Milena Rampoldi, ProMosaik. In the following our interview with Sam of the organization Free Tibet struggling for the rights of Tibetan people and for their dignity as a free people. They denounce the Chinese oppressive regime at a national and international level. Would like to thank Sam for his detailed answers and the wonderful photos he sent us. 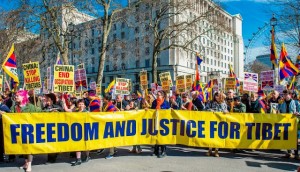 How was Free Tibet founded?
Free Tibet was formed in late 1987 (it is our 30th anniversary this year) in theaftermath of a huge uprising in Tibet that year when dozens of protesters were killedby the Chinese military. The organisation was created in the UK following a groundswell of global support against the harsh Chinese military occupation.
The 1987 uprising escalated as Tibetans reacted to a series of increasingly heavy-handed actions by the Chinese authorities. It was only the imposition of martial lawacross the  whole of Tibet which finally brought the protests to an end in early 1989 –just a few months before demonstrations in Tiananmen Square in Beijing wereharshly and infamously suppressed.
The 1987 protests were the strongest show of defiance to the Chinese occupationsince the March 10th 1959 Uprising when 100,000 Tibetans – including the DalaiLama – were forced to flee their homeland.
Since Free Tibet’s formation, it has continued to expose China’s atrocities in Tibet – a nation with a history of hundreds of years of independent, sovereign rule – as well as campaigning for international recognition of Tibetans’ right to freedom.

How responsive have the public been to your campaigns?

Every campaign resonates with global communities in different ways. Tibet’s rich and threatened spiritual history, its awe-inspiring landscape which now faces multiplechallenges and the ongoing violation of human rights have all motivated people to takeaction for this region of the world.
In July 2016 Chinese authorities unleashed an army of earth-movers on the iconicTibetan Buddhist monastery at Larung Gar. Within weeks hundreds of homes layflattened and thousands of monks, nuns and students were forcibly evicted. Sodeep was the pain that three resident nuns took their own lives.
Once news of this blatant attack on peoples’ homes and lives reached the outsideworld the response was immediate: Free Tibet joined fellow campaign organisationsin telling the world about Larung Gar and helped demonstrate that mass action canbring about change.
A global Day of Action in October 2016 saw people take to the streets in at least20 cities worldwide including Buenos Aires, Delhi, New York, Paris, Tokyo,Vancouver and London.
Free Tibet did not shy away from highlighting Larung Gar’s symbolism as a centre of resistance to the Chinese state and hundreds of people wrote to their Ministers ofForeign Affairs and local Chinese embassies.
Nearly two thousand people contacted the European Union about the pointlessdestruction of the monastery prompting Federica Mogherini, EU Minister forForeign Affairs and Security Policy, to demand an immediate halt to thedemolitions. Press coverage was secured in the New York Times, The Times, theBBC and Reuters news agency among other media outlets.
The demolitions were halted over the winter and recent news from Larung Gar hasrevealed that, while the situation remains critical, the number of people required tobe evicted and the number of homes scheduled for demolition have both beenreduced.
Larung Gar is just one example of the on-going litany of abuse taking place withinTibet, yet it demonstrates that when the public make noise, even authoritarian regimes take note. 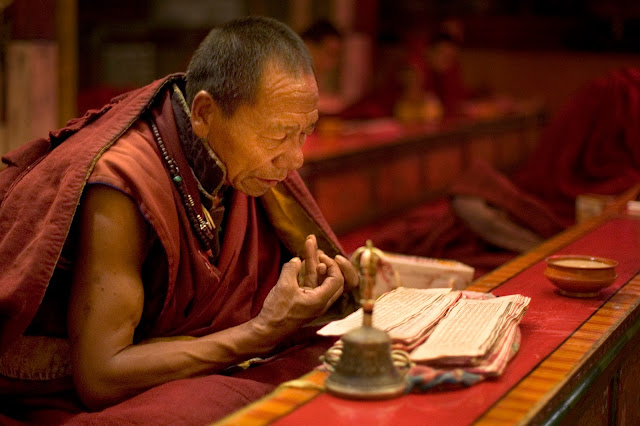 How can the apparent silence around the severe violations of human rights that China commits be explained?
There are, of course, many reasons why China’s actions in Tibet elicit littlecondemnation from global leaders. The key issue, as so often in life,unfortunately, tends to be money.
China routinely pressures other national governments when they speak out onTibet. With significant and valuable trade deals with virtually every nation on EarthChina is not averse to flexing its economic muscle. In 2016 the Chinese authoritiestightened their grip on the governments of Slovakia and Mongolia following visitsby the Dalai Lama to both states (though neither of these trips were political orinvolved any official government meetings). The subsequent trade threats that bothnations faced prompted their governments to apologise and commit not to host theTibetan spiritual leader again.
The UK government needs to speak out more and its strong trade links with Chinahave too often taken priority over human rights concerns, with little public condemnation of Beijing’s abuses in Tibet. Britain’s decision to leave the EU couldworsen this situation.
In the past the UK has done some good work to raise human rights issues in Tibetthrough the EU’s External Action Service – by issuing joint statements through theEU the UK has been shielded from direct Chinese criticism. However, once the UKleaves the European bloc it will have to develop a stronger approach to speaking outfor human rights in Tibet – the need it now faces to sign new trade accords in its ownright, with countries such as China, make it difficult to imagine how that will happen.
China is also increasingly aware of the role of ‘soft power’ and has launched multiple initiatives, such as the network of Confucius Institutes which facilitate the teaching of Mandarin, among other topics, worldwide. Chinese students themselves are also alucrative market for western universities and China’s growing cultural reach –through film and increasingly tourism – also plays a role in the normalisation ofChina’s power structures.
China continues to make it incredibly difficult to get information out of Tibet and itremains to this day one of the most closed places on Earth. It is estimated that tensof thousands of Chinese police and security personnel have been deployed acrossthe whole of Tibet to create an extensive and intrusive surveillance state whileTibetans’ freedom to travel both within and outside Tibet is heavily-controlled.Communications with the outside world are also extensively monitored while theUN, diplomats and human rights organisations are prevented from visiting.
That said, the Tibetan people – and their unique culture and way of life – have survived years of Chinese oppression, including the rampant devastation wrought bythe Cultural Revolution in the 1960s, and they remain a tenacious and patientpeople. Free Tibet and its sister organisation Tibet Watch work alongside theTibetan community – worldwide – to highlight the repressive regime whilereminding politicians it is their responsibility to demand the investigation of abuse. 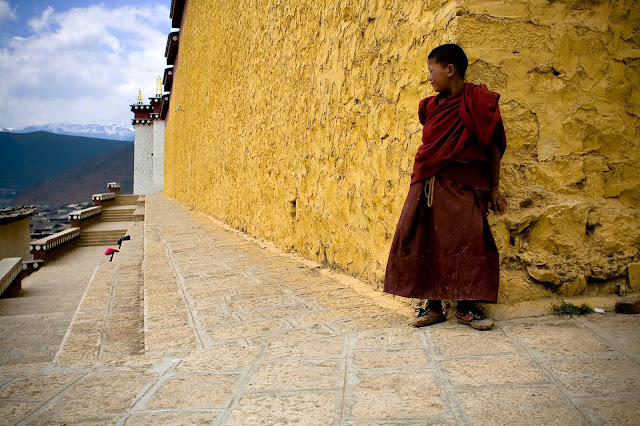 In what ways do you advocate for Tibetan freedom at the national and international level?

Free Tibet is a global organisation with supporters worldwide and the actions itspearheads, and supports, are as diverse as the supporters themselves. Campaigningstrategies include, among others, street protests, political lobbying, petitioning forthe release of political prisoners and a strong online presence designed to keep theTibetan issue in the spotlight.
Free Tibet maintains important relationships with political leaders worldwide andregularly provides evidence of human rights abuses to the United Nations, forexample. Pressure is also maintained on Chinese leaders with regards to theirpolicies in Tibet and individual Tibetan political prisoners. Free Tibet tackleseconomic challenges as well and runs targeted campaigns that confront corporationsseeking to profit from the occupation.
China uses its economic weight to silence discussion of Tibet on the world stage and propaganda to prevent individuals from learning the truth. Free Tibet counters thisby pressuring world leaders and exposing the reality about Tibet, drivinginternational support for Tibetans’ tireless and peaceful struggle for freedom. 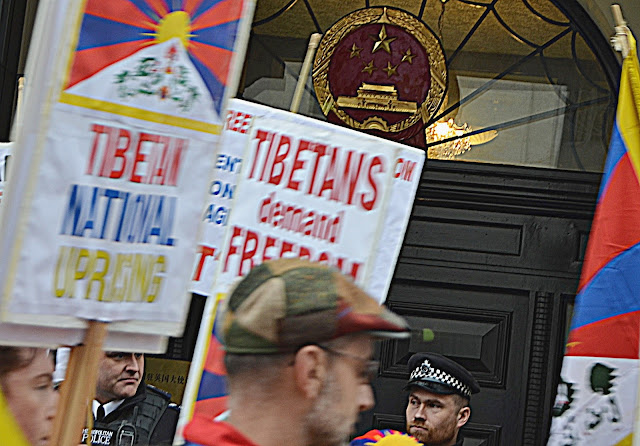 What can people across the globe do in order to effectively support the Tibetissue?
For some people wearing a t-shirt is their way of keeping the issue alive, for others itis a financial contribution, for others still it is the thrill of waving a banner at aprotest. The Free Tibet website (https://freetibet.org/take-action) lists all theexisting campaigns which enable Tibet supporters to push back against theenvironmental damage, imprisonment of protesters and the systematic attacks onTibet’s culture and religion. There are many ways to support the Tibetan cause andensure that the ongoing oppression of Tibet’s people is kept in the spotlight.
What we cannot do is stay silent. Inside Tibet, Tibetans continue to give everything they have to resist the Chinese occupation, despite the heavy personal price thatcomes with defiance. They have been beaten, separated from their families,imprisoned and tortured for protecting their beliefs and their country. Such acts ofdefiance and courage in one of the most closed and suffocating environments inthe world demand the attention of our governments and our media.
The tenacity and endurance of the Tibetan people should inspire us all. Similar tomany struggles throughout history, Tibetans do not walk a straight road, yet theyhave never stopped and neither must we. To campaign on Tibet is to walkalongside some of the bravest people on the planet and once you begin this walk you will never look back. 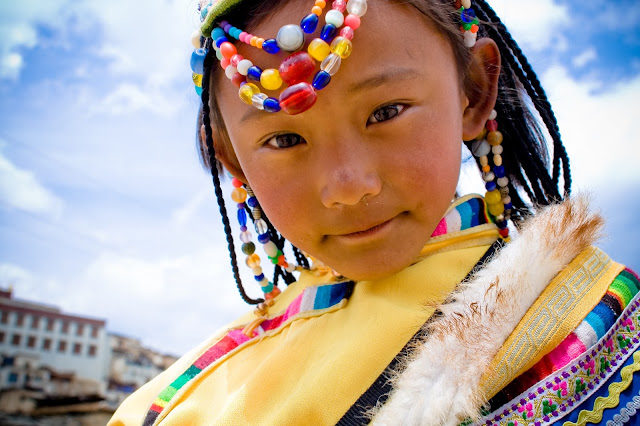 “I regard Zionism as being the antithesis of everything that is decent,...
Scroll to top