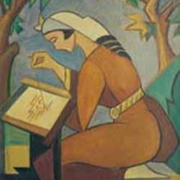 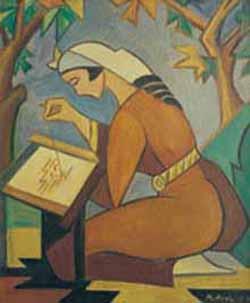 By Milena Rampoldi, ProMosaik. My interview with Denise Nanni who, in 201,4 wrote a thesis at the Faculty of Political Sciences, Sociology and Communication in Rome about politics of female empowerment in the Muslim world, y focussing on Turkey. Denise now lives in Istanbul where she works in the fields of feminism and women’s rights in Turkey. Recently, we published her article about the organisation WWHR, an NGO founded in Istanbul in 1993. Since its foundation, the WWHR has been engaged on national and international levels to ensure global recognition of women’s rights.
Milena Rampoldi: What does female empowerment mean to you?
Denise Nanni: I believe that empowerment means, as a first step, the awareness of being part of a disadvantaged social group. It means becoming aware of the fact that only being part of a determined minority can determine one’s own existence, chances and life choices. Only after becoming aware of this, is it possible to act and acquire tools to change one’s condition. Therefore, I think that women’s empowerment has to start as an internal process. It requires a moment of reflection, in which it is necessary to wonder who we are, as women, but, above all, as individuals, and how much of what we are comes from the dominant culture, that in every society, imposes us in more or less obvious ways, a definite identity and socially accepted behavioural patterns, as if they were ready-made. Once you understand this, it is possible to bring changes in the daily life (which can be different depending on the native culture) and therefore become an example of the change that you want to propose.
Milena Rampoldi: What do you think distinguishes Western feminism from Muslim feminism, and which are the common aspects?
I think that the common aspect is their final goal, which is to improve women’s condition at local and global levels. The difference lies in the way in which they aim to reach this goal. Modern Western feminism generally refuses every aspect of the mainstream culture, holding it up as a product of the patriarchal society. In my opinion, the demonstrations of the current Western feminism are often simple provocations, which aim to attract attention, but they end up by diverting it from the central issue. Muslim feminism is the product of societies where religion and related traditions still have an important role in people’s lives, and people shape their identity on them. It is obvious that a total rejection of religion would be impossible, since it is hard to break away from traditions, customs and habits, which are part of everyone’s daily life. Therefore, Muslim feminists try to redefine women’s role within the society without refusing their religion. This has been reason of many controversies between the two factions: Western feminism considers itself somehow superior, since Western feminist do not believe that a woman wearing the scarf can be feminist at the same time because she inflicts upon herself something imposed by men. What seems obvious to me is that saying this means to violate a fundamental right, which is self-determination. Moreover, this argument creates fissures, while unity and cooperation are needed.

Milena Rampoldi: Tell us about the main historical steps of Ottoman-Turkish feminism?

Denise Nanni: The first changes in women’s condition date back to the Ottoman times. The empire was going through a difficult time and needed to face external enemies and internal nationalist movements that threatened to erode the unity of the empire. For this reason, Sultan Mahmud II decided to promote the integration of all nationalities inside the empire, inaugurating a modernization process. Women’s oppression was identified as an obstacle to this; therefore, reforms in terms of education and inheritance rights were approved. Women started to organize themselves and to discuss about their rights and many magazines on these subjects were published. This so-called feminism was mostly institutional, top-down, structured, and just the women of the upper classes of society could actually benefit from these newly granted rights.
With the birth of the Turkish Republic, there has been a new series of reforms because the country’s first President, Atatürk, identified in women’s empowerment a fundamental prerequisite for the country’s survival. This feminism, later called “Kemalist”, had as a central myth the existence of a past, prior to the conversion to Islam, characterized by gender equality. Atatürk promoted many reforms in order to encourage education and work for women and gave them the right to vote. However, this state feminism was again directed from the top and it had to remain within the borders plotted for it.
In the 70’s and 80’s, several sociologists had an important role into acquiring the awareness of the failed implementation of the existing laws, especially in the rural zones, where, at that time, most of the population lived. After the coup in 1980, all parties and political organizations were outlawed. Ironically, in this time a new wave of feminism arose. According to Şirin Tekeli, feminist activist and writer, this was not casual: Kemalism and Left ideologies had been an obstacle until that time; therefore after the parties were outlawed and with many political leader on the run, in prison or dead, women had the chance to raise their voice. This feminism is the first considered to be entirely controlled by women. In this period, awareness groups, magazines and organizations arose with the aim of creating a shared feminist consciousness. What most characterizes this feminism was the attempt at institutionalization: many research centres were founded, the first shelter for victims of violence was inaugurated in Istanbul in 1990 (Mor Cati) ; in the same year the Library and Information Centre was founded (Kadın eserleri kütüphanesi ve bilgi merkezi vakfı). In 1991 the ministry for women’s issues was established. In 1993 a group of activists founded Women for Women’s Human Rights, an important independent NGO. In the 90’s many laws violating the equality principle were modified and, in 2002, the Turkish Parliament completed an extensive revision of the civil code. In that time in Turkey an important debate, still unsolved, arose: is it possible to be a Muslim feminist?
Today the State is not the only one that is committed in obtaining wider gender equality and women’s empowerment. Since the 70’s, the role of NGOs has grown considerably. Some of these are so important that they are consulted by the World Bank and have representatives in United Nations conferences. Since the 90’s, NGOs engaged in policies for women in Turkey, in line with this trend, have begun to participate more actively in development programmes. The activities aiming at women’s empowerment includes providing services to increase the literacy rate, providing medical information on birth control, developing capacities and skills of women in order to increase their participation in the employment context, providing shelters and legal assistance. Several international organizations cooperate with and provide funds to Turkish NGOs: the World Bank, the United Nations, UNDP and UNFPA. These, in line with the paradigm of the bottom-up policy, are favouring cooperation with NGOs and civil society, who are able, sometimes more than international organizations, to put pressure on policy makers. One of the most significant changes that took place after 2000 was the reform of the criminal code in 2004.

Milena Rampoldi: How can you focus on Islam and on the Quran to promote women’s position in Turkey?

Denise Nanni: I think that the desire to give an alternative reading of the Quran is not the best strategy to promote women’s rights in Turkey or in any other country. What I think is that we should leverage common sense. You cannot convince a person that a particular conduct is a violation of human rights, taking as example or proof passages from the Quran or any other scripture. These are books written in other periods of history and the product of those times. An example: the passage of the Quran in which it is said that a man can have several wives is the product of an historical period in which for a woman to be a widow meant to die of starvation and encounter a negative social stigma. That part of the Quran has been used to justify today’s polygamy. It was a convenient social custom back then but unjust today. Therefore, we must act on the ability of people to think independently. If you would provide an alternative interpretation of the Quran, assuming that it will be universally accepted, you could remove the problem, but not the source, which is, in my opinion, the inability to detach from the rules, of any kind, when they are obviously wrong.

Milena Rampoldi: Tell us about the Coalition for Social and Bodily Rights in Muslim Societies.

In September 2001 a meeting called Women, Sexuality and Change in the Middle East and Mediterrean was held in Istanbul. In this occasion the representatives of 19 NGOs and academics from Algeria, Egypt, Lebanon, Morocco, Pakistan, Palestine, Syria, Tunisia, Turkey and Yemen got together. The meeting, the first of its kind, brought together experts and scholars who, in their careers, had dealt with several forms of sexual oppression in their countries. This meeting led to the founding of the Coalition for Sexual and Bodily Rights in Muslim Societies (CSBR), a network of international solidarity that has the intent to promote sexual rights, physical and reproductive rights as human rights in Muslim societies. In 2004, the CSBR was expanded to include organizations and academics of South-east Asia. The CSBR has an inclusive approach to sexuality, recognizing its central role in private, public and political life. It has also played a key role in establishing and expanding the notion of sexual rights, which had been almost non-existent, and in breaking taboos regarding the rights of homosexuals. The CSBR, in order to achieve gender equality, social justice and democratization, considers necessary to review and strengthen the legal system, adopt and implement programmes and policies based on the rights to education and health, increasing the funds for programmes and institutions that aim to ensure gender equality, developing policies and programmes that aim to reduce and eliminate the feminization of poverty and HIV / AIDS. The CSBR activity consists of awareness and information campaigns.

Milena Rampoldi: What do you think are the best strategies to combat violence against women in countries like Turkey?

Denise Nanni: I think that the best strategy is just one: education. Education, exchange and contact with different realities are the only things that can really open your eyes and allow the younger generation to understand that their reality and their way of life are not the only ones possible, and that the models of behaviour that they have learned within their families are not always right. Changes cannot be imposed from above by laws but must be accompanied by a social change from the bottom.

Martina Lauer: a German, Pro-Palestinian Activist for Palestine in Canada

Interview with Secil Kuyucak of IOM. (International Organization for Migrat...
Scroll to top