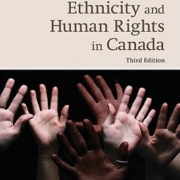 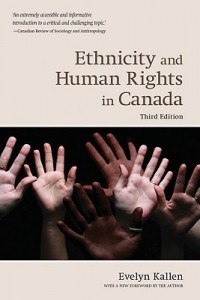 Kallen’s classic study reveals the ways in which human rights violations, by way of discrimination on the bases of race and ethnicity, create and sustain the marginalized status of diverse racial and ethnic groups in Canada. Minority rights issues central to the concerns of Canada’s three major ethnic constituencies are examined: Aboriginal peoples, Franco-Quebecois, and racial and ethnic immigrant groups. Other central issues–gender, religious symbolism, and the mosaic versus the melting pot–are also considered.

In ten chapters the author leads the reader through the pressures that flow from Canada’s international human rights obligations, new patterns of immigration and ethnic structure, and the politicization of ethnicity. Racism, ethnicity, ethnic identity, social stratification, human rights violations, and the social construction of ethnic and other minorities are examined, as are the vertical ethnic mosaic and the Canadian system of ethnic stratification. Ethnic integration including models, policies, and realities are well articulated, as are minority protest movements.