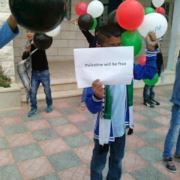 by Milena Rampoldi, ProMosaik e.V. – A very important interview with Esam Sahori from Bethlehem, about the situation there, and at his school where he teaches. Thanks for reading and sharing! A special thank to Esam also for the photos he sent us.

Milena Rampoldi: What is the general situation of your school under Israeli occupation?
Esam Sahori: Our school is located in Area C which covers 60% of the West Bank which is illegally occupied by Israel. So we leave under occupation. We are not free. Our lives are “occupied” by the colonialist power of Zionist Israel. School life is a life under occupation, as it is the case for the allday life here in our village.
(http://www.btselem.org/topic/area_c) 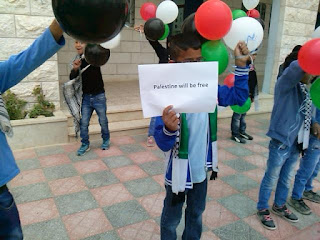 MR: How do children suffer from occupation? Which is the principal fear?
ES: When they can, our schoolchildren attend classes from Sunday to Thursday with Friday and Saturday being their days off. All streets are closed and there is only one route to school which is patrolled by Israeli soldiers who constantly curse, harass, and hit the children while searching them and their schoolbags. Sometimes children go to school, are detained, and do not return. 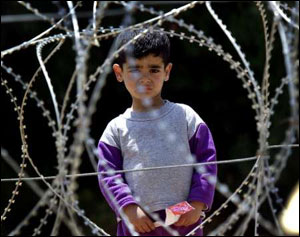 MR: How can we explain to people who have not been to Palestine the all-day life of occupation? 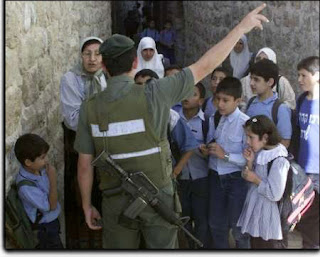 ES: As most intelligent people know, the mainstream Western media do not impartially report on on the plight of the Palestinian people and are very biased towards Israel. People in the West must understand that the occupation denies us our legal and human rights. We are under siege and live day to day without knowing what tomorrow will bring. We are in need of basics like food, healthcare, freedom of movement, and most of all, some token of justice. We would like to see our children, like children elsewhere growing up and enjoying their rights including good nutrition, an education, happiness, and a sense of security. 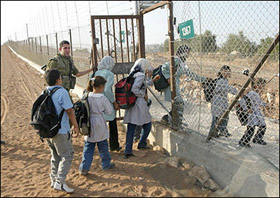 MR: What does Zionism mean to you and how can we explain to Western people that Zionism is colonialism?
ES: Zionism is the ugly face of colonialism and though it claims to represent all Jewish people, it is a racist ideology and has nothing to do with Judaism as a religion. I respect Judaism and there are many Jews in diaspora who oppose Zionism and

the occupation with many rabbis in Europe and America condemning the blockade and the violence — including the murder of innocent civilian men, women , and children — to which the Palestinian people are subjected. 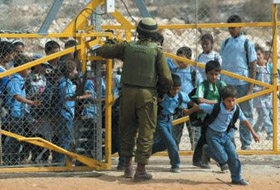 MR: How can we struggle for peace in Palestine from inside and from outside?
ES: The struggle for peace has to be carried out with non-violent resistance and civil disobedience, political strikes, academic and economic boycotts, and peaceful proclamations as was practised by Mahatma Gandhi in India. People of the world must understand that the Palestinian people want peace and respect Judaism and Jews but oppose Zionism with its violent and illegal occupation.
(http://www.sahistory.org.za/article/gandhi-and-passive-resistance-campaign-1907-1914) 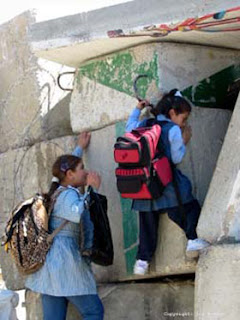 MR: What are the principal problems of your students?
ES: My students want to be able to travel to and from school without risk of harassment or detention by Israeli soldiers and settlers; they want to live and grow up like children in Europe and the United States; and they want a free and truly independent Palestinian homeland.
(http://www.unicef.org/crc/files/Rights_overview.pdf) 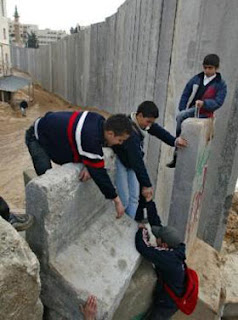 “I would like to see an Israeli and Palestinian people living peacefully”:...
Scroll to top