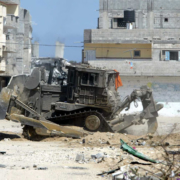 By Denise Nanni and Milena Rampoldi, ProMosaik. In the following our interview mit Chaska Katz of ICAHD, the Israeli  Committee Against House Demolitions. The continuous demolition of Palestinians homes is part of the Israeli colonialism and of the continuation of the Nakba of 1948 and must be stopped urgently. ICAHD opposes to house demolitions by the Israeli State because they violate basic human rights of the Palestinians. Palestinians are deprivated of their homes in their homeland. And this is something we have to strongly oppose. We have to raise our voice against Israeli occupation, and against house demolitions, which is an aspect of this colonialist occupation of Palestinian land. 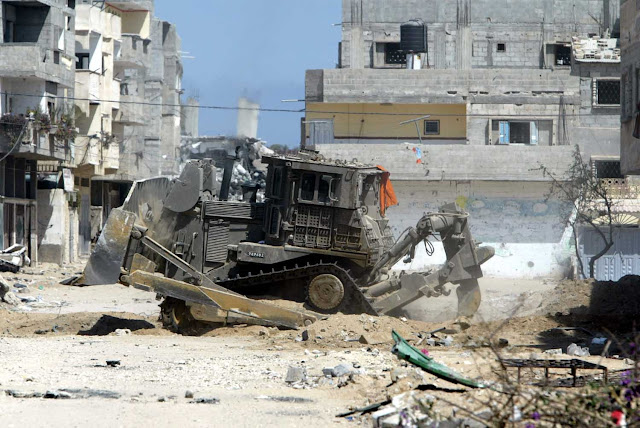 How has civil society been responsive to your initiatives so far?

Israeli civil society has “washed it hands” of the Palestinian issue. It has become virtually a non-issue in Israel. The status quo is fine with Israeli Jews, the political and security situation is quiet, Trump is coming into office, no one is interfering with the settlement enterprise (despite the UN vote), the economy is doing well (for a neoliberal economy, who cares about the poor?), and the Palestinians have been confined to their little islands of Areas A and B and Gaza, and have virtually “disappeared” from Israeli view. That is why ICAHD focuses on the international civil society, for whom Palestine is still a major issue.

Which are the most effective strategies in order to promote tolerance and democratic values among different communities?

Tolerance and democratic values among communities cannot work without a political and economic situation that ensures equal rights to everyone. Attempts to “dialogue” among groups or programs to “teach tolerance” or “promote inter-cultural understanding” do not work unless the power relationships are addressed. The problem isn’t a lack of tolerance and democratic values; it is the inequality that exists that makes one group discriminate against others and generate hatred and fear in order to maintain its dominance over them. So first equal social, political and economic rights — which is hard in Israel because it is built on Jewish dominance and political exclusivity — and then the process of reconciliation and co-existence, when everyone can genuinely have their narratives and also pursue their lives in genuine equality.

In what ways do you raise awareness about Palestinians issues and rights in ISRAEL?
As I mentioned, we do very little in Israeli society. Our view is that peace will not come from within Israel, that Israeli Jews have no motivation to seek a just peace, and that the Left in Israel, like the Palestinians, have no political influence. Again, we also believe that problems of tolerance and co-existence will work themselves out under conditions of political equality, when racism and discrimination have lost their point. The problem isn’t racism and intolerance, its structured inequality in which racism and intolerance play a useful role in maintaining the dominance of some groups over others. It is a political and economic problem — the result of inequality — not one of values.
What are the main areas in which your concentrate your activity and what is the current situation in those areas?
From our point of view there is only one item on the agenda: resolving the Israeli-Palestinian conflict (or Israeli colonialism, to be more exact), an absolute pre-condition for any kind of normal life here. To do that we have to mobilize the international civil society and governments — which we, together with our partners in Israel, Palestine and abroad, have done effectively — but then give them direction, which we have failed to do. We can’t liberate Palestine from abroad. The struggle — and the solution, the end-game — have to come from Palestinians, supported by Israelis. Our primary task, therefore, is to sit down with our Palestinian partners and hammer out a political program, and end-game. Then we can turn the different kinds of mobilization we have today (expressed mainly through BDS) into a pro-active and effective force for actually resolving the conflict.

In which way do you cooperate with the ECOSOC and what are the most effective ways through which people from around the world can support you?
We use our ECOSOC status to present position papers in Geneva and to do joint presentations with our Palestinian partners. But the UN is very limited, and is not the best forum for genuine political work. So we have established direct contacts with civil society organizations — and some government officials — abroad. We mobilize and inform them through speaking tours, the publication of books, articles, maps, films and informational materials, tours of the “facts on the ground” in the OPT, joint campaigns with ICAHD branches abroad and many others, participation in ECOSOC and in international conferences, and other ways in moving our critical analysis and grassroots peace-making ahead.
People around the world DO support us (“us” being ICAHD, critical Israelis and Palestinians). The problem is that we need a political program for them to support, beyond the vague “End the Occupation” slogan. (In fact, the occupation has already ended. Israel has irreversibly incorporated the West Bank and East Jerusalem, created one apartheid state and ended the two-state solution). We need to move, in our view, to a program based on transforming the one apartheid state we have today into one bi-national, democratic state of equal collective and individual rights for everyone. Our slogan is: BDS4BDS: Boycotts, Divestment, Sanctions FOR a Bi-national Democratic State.

Unison Armenia – for a real inclusion of people with disabilities

Antikorupsi Indonesia – the struggle against corrupton
Scroll to top