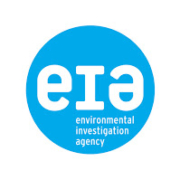 By Denise Nanni and Milena Rampoldi, ProMosaik. In the following our interview with Paul Newman of EIA, struggling for the protection of the environment, an important aspect of the struggle for human rights. ProMosaik is convinced that the protection of the environment is fundamental to protect human rights as well, not only in the developed countries, but in particular in developing countries. Would like to thank Paul for the time he dedicated to our team and for the photos he sent us.

How was EIA founded and in which context?

The Environmental Investigation Agency (EIA) was founded in September 1984 by three activists seeking to make a real difference.
Dave Currey, Jennifer Lonsdale and Allan Thornton first teamed up in 1983 to investigate, document and expose Norwegian whaling aboard a repurposed North Sea fishing trawler. The huge media impact made by their findings inspired the trio to embark on a second investigation, into whaling in the Faroe Islands, in August of 1984 and they formally set up EIA the following month.
Since then, the organisation has grown into unique, manoeuvrable and hugely effective organisation, driving changes in international law and putting the concept of organised transnational environmental crime onto political agendas around the world; in 1984, the very concept of organised transnational environmental crime barely existed and certainly wasn’t taken seriously – more than three decades of investigations and campaigns later, the issue is now recognised around the world and by the United Nations as the planet’s fourth largest crime stream, worth billions a year and sustaining organised crime, fuelling corruption and conflict, and financing other forms of serious crime. 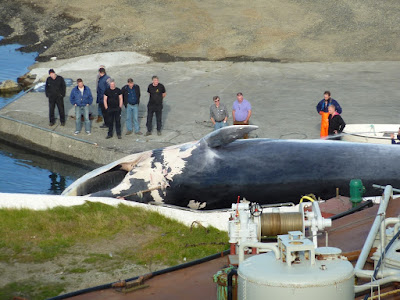 Which actions do you undertake in order to struggle against environmental crimes?
From the very beginning, EIA pioneered the use of undercover investigations in the environmental movement, a technique now employed as a key tool by other NGOs around the world.
Over the years, EIA investigators have posed as illegal timber buyers, CFC brokers and international ivory dealers, catching criminals on hidden camera and building a comprehensive picture of sprawling criminal networks, returning with the credible intelligence and persuasive imagery necessary to confirm the findings of preliminary research and tip-offs in the field.
The more complex and potentially dangerous cases see investigators setting up false front companies and well-researched fake identities, allowing them to infiltrate potentially criminal organisations and get close to the key individuals suspected of involvement.
The evidence is used by EIA to raise awareness and to advocate meaningful change and policy reforms, lobbying those in power and producing authoritative reports and compelling short films. It also identifies solutions to the problems exposed. 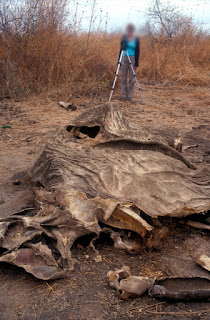 How do you advocate for environment protection at the political level?
EIA uses the information from its research and investigations to advocate policy change to curb environmental crime. This aspect of EIA’s work includes participating in relevant international meetings (such as the Convention on International Trade in Endangered Species, Montreal Protocol, UN Convention on Transnational Organised Crime) and developing relationships with national government officials in key countries where EIA works.

Do you carry on awareness raising activities? If yes, how has civil society been responsive so far?

EIA regularly runs programmes to increase the capacity of civil society in those countries where it works, training and equipping individuals and small groups with the tools and resources need to conduct their own environmental investigations as well as to carry out effective media engagement and awareness-raising outreach.
In addition, EIA is active across several social media platforms, including Facebookand Twitter, to spread awareness of its work and the broader issues of environmental crime. 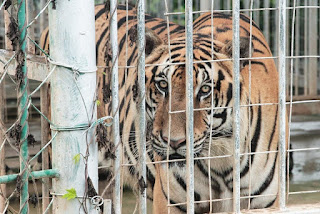 Do you cooperate with local authorities and institutions? If yes, how?
EIA has long worked closely with a number of other organisations, developing close partnerships with local NGOs around the world as well as engaging with wildlife and customs enforcement agencies at international and national levels; for example, it provides hard intelligence to Interpol and the World Customs Organisation, while its bespoke training films on illegal trades are used by enforcement agencies worldwide.
It also takes the findings of its investigations and suggested policy solutions to a wide range of international bodies such as the Convention on Illegal Trade in Endangered Species (CITES), the International Whaling Commission and the Montreal Protocol.

WAVE – against violence, and for women’s dignity

Deafblindness and inclusion – an interview with Carlos, Mriam and José...
Scroll to top