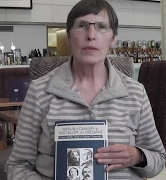 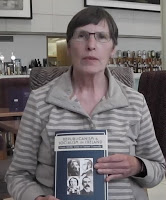 by Milena Rampoldi, ProMosaik. In the following my interview with Dr. Priscilla Metscher about socialism, history of socialism, and the challenges of today’s socialism in Europe. Dr. Priscilla Metscher was born in Belfast, Northern Ireland. She taught Irish studies at Oldenburg University, Germany, from 1974 to 1999. She has published many articles on the history of radical Irish politics and is the author of James Connolly and the Reconquest of Ireland (2002) and Republicanism and Socialism in Ireland from Wolfe Tone to James Connolly (2016).
Why is it so important to study the history of politics and of political movements, like socialism for example?
First of all I think it is important to study the history of politics and political movements, as such an insight shows us that the primary motivating force in the history of class societies is productive relations and ultimately the class struggle. The centre of that struggle is politically active class consciousness and political organisation. So ideas as they evolved must be seen within the context of social and political movements. They cannot be examined as some abstract ideology apart from their social and political context.
Secondly a study of political movements with special reference to socialism shows us how socialism in the various countries evolved. The development of socialism in the dominating Western nations has in many ways a different character from socialism as it evolved in the former British colonies. Here socialism is connected to the national liberation struggle, as for example in Ireland, Britain’s first colony.
Also I think we can learn much from the strength and weaknesses within the various socialist movements. We know e.g. that at the outbreak of the First World War the socialists in the Second International were divided over support for the war effort. There were only few who, when war broke out, vehemently opposed it and called on the workers to turn the war into civil war for socialism. This was the stand of Lenin in Russia, of Rosa Luxemburg and Karl Liebknecht in Germany and James Connolly in Ireland.
On a positive note we see that the Russian October revolution of 1917 was successful, not only because of the circumstances existing at the time, but also because Lenin learned from the failed revolution of 1905. 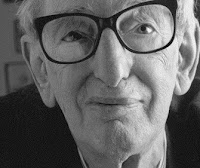 What is the situation today concerning European socialism? What are the main challenges?
I think concerning socialism in Europetoday we have a catastrophic situation . According to Eric Hobsbawm the left is in a double catastrophic situation. On the one hand socialism in the formerSoviet Union and other socialist countries has collapsed and on the other hand traditional socialist democracy  has degenerated into neoliberalism under the leadership of Blair in Britain and Schröder in Germany. The attempt to start again and bring together the various socialist forces has been hindered by splits within the various left-wing parties in Europe. Very often it is over the question of participation or non-participation in a government in which the neoliberal parties have the say. One very interesting development recently is the left development in the British Labour Party under Jeremy Corbyn. Since his election to leadership the Labour Party has the highest membership of all European parties.
Concerning challenges for the left today, I have already mentioned a few: the struggle for the preservation of the earth, the struggle against exploitation of trusts and finance capital in their own and in the third world countries. It is quite clear that we do not have a revolutionary potential in Europe today, but there are many forms of  struggles within and outside the EU which in their progressive aspects are also struggles for self-determination against the reactionary forces of world imperialism. The left, I think, must bring class politics into these struggles and here the social question combined with the national question is of paramount importance, if we are to avoid the national question being exploited by the radical right. It is not a question of negating the nation, but rather of re-moulding it in the context of working-class politics.
The aim cannot be the return to traditional nation states, but must go beyond this and go beyond the present European Union. A reform within the present European set-up is imposible for obvious reasons. The aim should be the establishment in the long run of a union of socialist republics in Europe. This means ultimately a break with present politics of the European Union rather than an attempt to ‚reform‘ the EU from within. In the long term then the aim should be the establishment of a new democratic, socialist order in Europe and this should occur within the construction of a multi-polar world. In this context national interests and internationalism do not cancel each other. They should be an important part of left-wing politics today.
An interesting and encouraging development is the issue of a declaration recently by left-wing parties across Europe. The declaration was issued at the close of an interparliamentary conference in Brussels on the EUs economic governance framework and was signed by Podemos and Izquierda Unida (Spain), Syriza (Greece), Left Block and Portuguese Communist Party (Portugal), die Linke (Germany), Front de Gauche (France), Red-Green Alliance (Denmark), Sinn Fein (Ireland) and Akel (Cyprus). Basically the declaration calls for an end to the EUs neoliberal austerity policies. It calls for a new set of economic, social and environmental policies in favour of people and workers; public investment focusing on the creation of decent and secure jobs, strengthening collective bargaining and collective agreements and extending the right to strike, the public control and the decentralisation of the banking sector.[1]  This is certainly an important step in combating the rise of the Right in Europe.
[1] This information is taken from the February issue of Sinn Fein’s newspaper An Poblacht

Free Tibet – for the dignity of Tibetan People
Scroll to top