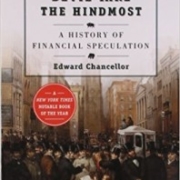 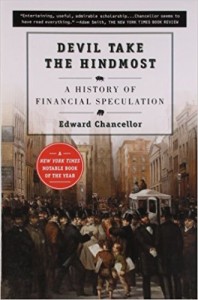 Is your investment in that new Internet stock a sign of stock market savvy or an act of peculiarly American speculative folly? How has the psychology of investing changed–and not changed–over the last five hundred years? Edward Chancellor examines the nature of speculation–from medieval Europe to the Tulip mania of the 1630s to today’s Internet stock craze. A contributing writer to The Financial Times and The Economist, looks at both the psychological and economic forces that drive people to “bet” their money in markets; how markets are made, unmade, and manipulated; and who wins when speculation runs rampant. Drawing colorfully on the words of such speculators as Sir Isaac Newton, Daniel Defoe, Ivan Boesky, and Hillary Rodham Clinton, Devil Take the Hindmost is part history, part social science, and purely illuminating: an erudite and hugely entertaining book that is more timely today than ever before.

A History of God: The 4,000-Year Quest of Judaism, Christianity and Islam by...

A History of the Modern Middle East by William L. Cleveland
Scroll to top