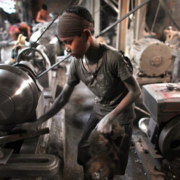 by Milena Rampoldi and Denise Nanni, ProMosaik. In the following our interview with Joseph Osuigwe Chidiebere, the executive director of Devatop Centre for Africa Development, struggling against human trafficking in Nigeria. ProMosaik has already talked to organisations engaged to struggle against human trafficking in Serbia, Ghana, and Switzerland. We think that it is essential to compare approaches, and strategies from all over the world, all united against this hard issue.  We would like to thank Joseph for his detailed answers. What is essential is the fact that victims of human trafficking are not perpetuators, and need our urgent support to include them in society. Human trafficking is a phenomenon we have to oppose to as society, everywhere in the world. 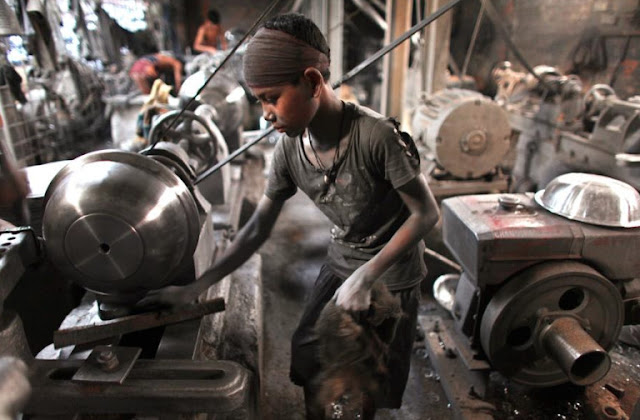 What is the current situation related to human trafficking in Nigeria and what strategies do you implement to address this issue?
Nigeria is among the countries that have the highest number of human trafficking victims.  Millions of Nigerian young women, girls, boys, youth  and children are at risk of human trafficking due to illiteracy, ignorance, greed, lack of opportunity, inequality, gender-induced cultural bias, persistent unemployment, poverty, large family size; family crisis; community crisis; high demand for cheap labour; desire for youth emancipation; inadequate political commitment; porous borders, lack of strong political will; lack of access to education, sex-selective migration policies, disruption of supportive system, traditional community attitude, manipulation of religious rituals, lost of parents, human deprivation,  insurgency, and other factors.
Trafficked Nigerian women and children are recruited from rural areas within the country’s borders − women and girls for involuntary domestic servitude and sexual exploitation, and boys for forced labor, bonded labour in street vending, domestic servitude, mining, and begging.
Unfortunately, there is no ingenious statistics or data on how many Nigerians that have been trafficked over time, but 2016 Global Slavery Index Report shows that there are  over 875 500 Nigerian victims. On a personally standpoint, the statistics is low, and there is need for government and independent bodies to work towards gathering data on this crime.
My organization has been consistent in combating human trafficking in Nigeria through awareness, training, identifying and referring victims for assistance. However, we realized that there is so much work to do in eradicating this monstrous crime, but few people are doing the work. We also recognized that young people made up of 80% to 90% of the trafficked victims. Hence, our major focuses are: Equipping and empowering young people as advocates to take strategic actions against human trafficking in their communities. We mentor young people through volunteerism to take social actions and do advocacy. We have trained over 5000 young people on how to combat human trafficking; and have over 150 volunteers in different states.
What are your activities related to human trafficking prevention?
We organize anti-human trafficking advocacy training at least twice every year during which we empower young people to do step down projects in their communities.
We also provide educational supports to vulnerable children and girls. In 2016, we partnered with United Nations Children Fund to provide over 4000 educational materials and services to 400 internally displaced children in Abuja.
Also, between 2015 and 2016, we carried out a pilot project on The Academy for Prevention of Human Trafficking and Other Related Matters (TAPHOM) which focuses on training, advocacy, research, media, and referral. During this project, we selected and trained 120 young people from 6 states, and within 9 months, 95% of them impacted 6, 000 people in various communities and identified 3 victims. One of the victims was a 17 year old girl who was abducted from Abuja to Kano for forced marriage, and we were able to rescue her through the help of National Agency for Prohibition of Trafficking in Persons (NAPTIP). Also, through a joint effort with our trained advocates, we were able to educate 300, 000 citizens through media and community awareness.  We are currently working on raising sixty thousand dollars ($60, 000) to establish the TAPHOM this year.
I can confidently say that Devatop Centre for Africa Development is a leading youth-based anti-human trafficking organization in Nigeria which is equipping and empowering young people to lead  social action against this modern slavery.
In the next few weeks, we will start school club, known as: Young People Against Trafficking in Persons and Other Related Matters (YATIP Club).
Do you carry on any awareness raising activity about this issue?
Yes, we do. We have used television, radio and community sensitization to educate over 300, 000 citizens on their roles in combating human trafficking.  Our volunteers are carrying out awareness activities in various parts of Nigeria. Just last month, January, during the National Human Trafficking Awareness Month, one of our volunteers, Esther Bature, lead a team of  youth to educate 2000 secondary school students on how they can take actions against human trafficking.  Within the next 3 months, other volunteers are expected to impact 4000 people.
Did you develop, throughout time, a strategy that can be indicated as really effective to address the social inclusion of human trafficking’s victims?
What we do is to advocate for social inclusion of human trafficking victims.  In 2016, we engaged survivors of human trafficking to share their stories to the public in We-Fm radio station in Abuja.
But we are working closely with other organizations that have shelters for victims of human trafficking.
Do you cooperate with local authorities and institutions? If yes, how?
Yes, we always collaborate with National Agency for Prohibition of Trafficking in Persons (NAPTIP) and National Human Rights Commission (NHRC) to train young people and in other major anti-human trafficking events. They often provide us with technical supports and mentorship.
For more than three years, our organization has worked with NAPTIP both in training, media campaign, and rescuing victims of human trafficking.
You know, the fight against human trafficking requires consistent collaboration/cooperation between government and non-governmental organizations.
Together we can combat human trafficking.

Kinga Africa: “We have to work for a world free of Infant Oral Mutilation...