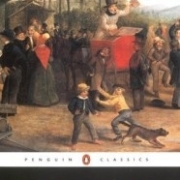 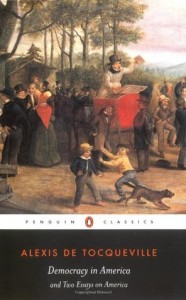 Democracy in America has had the singular honor of being even to this day the work that political commentators of every stripe refer to when they seek to draw large conclusions about the society of the USA. Alexis de Tocqueville, a young French aristocrat, came to the young nation to investigate the functioning of American democracy & the social, political & economic life of its citizens, publishing his observations in 1835 & 1840. Brilliantly written, vividly illustrated with vignettes & portraits, Democracy in America is far more than a trenchant analysis of one society at a particular point in time. What will most intrigue modern readers is how many of the observations still hold true: on the mixed advantages of a free press, the strained relations among the races & the threats posed to democracies by consumerism & corruption. So uncanny is Tocqueville’s insight & so accurate are his predictions, that it seems as tho he were not merely describing the American identity but actually helping to create it.

On the Revolutions of Heavenly Spheres by Nicolaus Copernicus, Stephen Hawking...

A Vindication of the Rights of Woman by Mary Wollstonecraft, Miriam Brody ...
Scroll to top