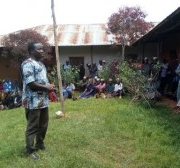 By Milena Rampoldi and Denise Nanni, ProMosaik. In the following our interview with Nurali Rashidi of the organization CYDO from Tanzania, supporting marginalised people like disabled people, elders, or people suffering from HIV/AIDS. The key factors that can lead to community empowerment are gender equality, community participation  development projects initiation, democracy, rule of law and accountability to public servants. 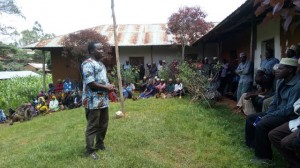 Nurali Rashidi building capacity to the general community at Makanya Ward in Lushoto district.
What are the issues that brought to the foundation of CYDO?
Changamoto Youth Development Organization is a Non-profit organization established in the year 2011 with the aim of helping the marginalized social group such as women, children, elders, and people with disabilities as well as people living with HIV/AIDS. Tanzania as among the third World country do faces a lot of challenges to its citizens including the spread of HIV/AIDS and its impact to the man power of
Tanzania which tends to be lowered down by the existence of larger number of deaths caused by HIV/AIDS. Some records say that Sub-Saharan African countries do make the 25% of the total percentage of spread of HIV/AIDS Worldwide, there is a need to fight that disease with all efforts because without that fight, number of orphans will increase in the society as well as dependence ratio will increase while the man power of the nation will be lowered down which will result to extreme poverty!
What are the projects that CYDO currently carries on?
CYDO has a numerous projects that are now being implemented in the society of Lushoto District people as it still use its own collections from its members as subscriptions from members monthly, an income that gives the organization the power to finance its activities as the organization was never received any fund from anybody rather than itself by collecting its membership contributions. C.Y.D.O is now doing several seminars and workshop by educating women who are engaged in business activities. We intend to teach some business ideas/entrepreneurship skills to women so that they can be careful and risk takers when they need to take loans from several financial situations that are operating within Lushoto district council in Tanzania. We also motivate farmers to do modern farming so that they can get worldwide market an increase their market size to get more profit. 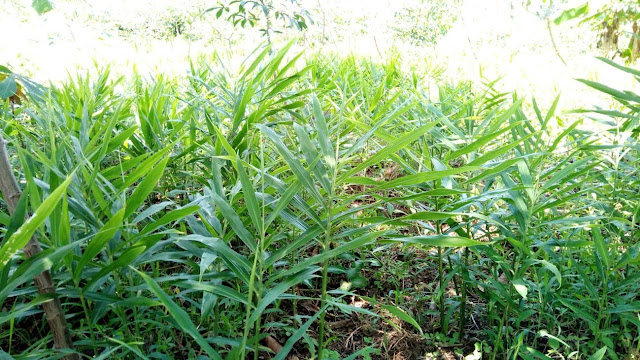 How could you define your approach?

We have been doing our projects by using our self-funding from the members of organization (C.Y.D.O) but this method is not sustainable and not enough to meet the desired results and the general population to be served, we need funds from donors so as to have ability to implement a numerous number of project for the wide benefit of all.
What are the according to your experience the key factors that can lead to community empowerment
-The key factors that can lead to community empowerment are gender equality, community participation  development projects initiation, democracy, rule of law and accountability to public servants. In some African countries like Tanzania, those factors above are being taken into account so that this country can enter in a middle economic countries in the World rather than being among the less developed country .It happen sometimes some of those  factors are not being considered as they are needed to be, for instance, the political rights of political parties and politicians soon after general election seems to be very bad as some political parties were being prohibited from doing their political campaigns. The issue of gender balance is the issue here where by there are some efforts to make women participate in development projects and initiatives. Still there is a slight gender imbalance where women do fail to be elected to hold some higher positions due to one reason of being born as women. Some civil societies, non-governmental organizations and several charity organizations do practice the provision of enough education to Tanzanian society so as to make it aware of social benefits that can be brought by women in the general community.
We intend to do PETS (Public Expenditure Tracking System) in our local government and through it we shall get to know how the government funds are being spent by public officers which will show their accountability to the management of public funds. We need to advance funds from well-wishers and donors so that we can accomplish this projected PETS project.
In what ways do you cope with the problem of HIV/AIDS?
HIV/AIDS pandemic is a t disease here in Africa. The current situation of HIV/AIDS transmission in Sub-Saharan Africa is 26.5% .For about 100 percent of the total spread of HIV/AIDS globally, sub Saharan Africa contributes to about 26.8% which is very higher percentage to see! As an organization we have been conducting different seminars explaining ways to combat HIV/AIDS especially to secondary school students who are in foolish age/adolescent age as a very dangerous age to be affected by HIV/AIDS. We are now doing a certain project of helping the children living positively with HIV/AIDS with the supplement nutrients food especially porridge which is being served within a district hospital here in Lushoto. Those children who benefit with this help are of the age between 0-11 years. We as CY.D.O have an intention to help more and more children but we have no enough fund to do that.
Do you cooperate with local authorities and institutions? If yes, how?
Yes. We do cooperate with our local Authority as for instance we have some projects that we match our help and unite it together with the District Hospital Administration to give nutrients food help to children affected and living with HIV/AIDS .In fact, the local and national/central authorities do give us enough collaboration and support when we need them.