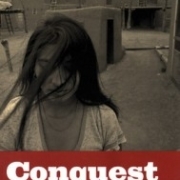 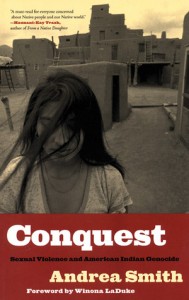 A recognized Native American scholar and co-founder of INCITE! Women of Color Against Violence, the largest grassroots, multiracial feminist organization in the country, Andrea Smith (Cherokee) is an emerging leader in progressive political circles. In Conquest, Smith places Native American women at the center of her analysis of sexual violence, challenging both conventional definitions of the term and conventional responses to the problem.

Beginning with the impact of the abuses inflicted on Native American children at state-sanctioned boarding schools from the 1880s to the 1980s, Smith adroitly expands our conception of violence to include environmental racism, population control and the widespread appropriation of Indian cultural practices by whites and other non-natives. Smith deftly connects these and other examples of historical and contemporary colonialism to the high rates of violence against Native American women—the most likely women in the United States to die of poverty-related illnesses, be victims of rape and suffer partner abuse.

Essential reading for scholars and activists, Conquest is the powerful synthesis of Andrea Smith’s intellectual and political work to date. By focusing on the impact of sexual violence on Native American women, Smith articulates an agenda that is compelling to feminists, Native Americans, other people of color and all who are committed to creating viable alternatives to state-based “solutions.”

A Memory, a Monologue, a Rant, and a Prayer: Writings to Stop Violence Against...