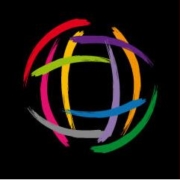 By Denise Nanni and Milena Rampoldi, ProMosaik. In the following a positive interview with Chantal Grevin of the organisation New Humanity, engaged for the unity of the human family. Would like to thank Chantal for these important suggestions. 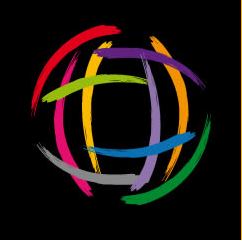 How born New Humanity founded and with what aims?
The “New Humanity International Association” is a Non-Governmental Organization (NGO) founded in 1986 and active in more than 100 Countries around the world.
The aim of the association is to contribute to the creation of unity in the human family, fully respecting the individual identities of all of its members. For this reason it spreads the idea of a united world, in all spheres of society and at all levels
It promotes the universal spirit of fraternity, as proclaimed by the Universal Declaration of Human Rights (article n. 1), as a dynamic factor in social cohesion.
To this end it carries out, through a strong volunteer base and considerable youth involvement, cultural initiatives, social projects, educational projects, economic initiatives, combining a local dimension with an international one, and, as such, it is open to the contributions of all and collaborated with individuals, institutions, representatives of the religions and diverse cultures of the world towards common goals.
New Humanity’s values and activities are based on the spirit of the focolari Movement, founded by Chiara Lubich in 1943 in Trento (Italy). She was the 1996 UNESCO Prizewinner of Education for Peace and the 1998 Council of Europe Prizewinner for Human Rights.
What are the regions where you carry on your projects?
Members of many local associations gathered in New Humanity NGO come from more than 100 countries over the 5 continents and belong to different cultures, religions, ethnic groups and traditions.
They are engaged in building relationships based on mutual respect, dialogue and forms of active collaboration between persons, social groups, peoples and institutions, in a vision of civil and social life inspired by universal fraternity and where everybody is a builder and citizen of a united world.
In what ways do you involve civil society into your initiatives and how it has been responsive so far ?
In each country, the members of New Humanity freely take initiatives according to the fields in which they are competent : education, economy, communication means, art, sport, the youth, the interbeliefs dialogue etc.) and they involve in these initiatives the people that are interested in these fields, as well as other NGOs which fight for Peace, like in Japan, for instance.
The NGO New Humanity regularly collaborates with different international organizations.
In 1987 New Humanity obtained Special Consultative Status with the United Nations Social and Economic Council (ECOSOC), and has held General Consultative Status since 2005.
In 2008 New Humanity was recognized as NGO partner of UNESCO, with Consultative Status.
Can you tell me more about your project Youth Dice ?
There are various dice existing through the world. One of these is the Peace Dice, promoted by Living Peace international, a branch of New Humanity. One of the ideas of New Humanity is that a good idea has got to get to a good effective practice. It is a simple teaching method, playful and effective. One of the pupils, or one of the children in the family casts the dice and the whole class or the whole family or group get to live out the sentence that was written on the dice.
The sentences are
1-   I am the first to love the other person (initiative and responsability)
2-  I love everybody (non-discrimination and universality)
3-  I love the other person (I appreciate the difference)
4-  I listen to the other person (so as to learn from him/her and so as to respect him/her)
5-   We forgive one another (we stop violence and live out reciprocity and complementarity)
6-  We love each other (we are happy about being brothers and sisters)
Big revolutions often start from apparently small things. The Living Peace movement of schools, families, associations that participate in international festivals of Peace to share about the results of such a way of living education are hundreds all over the world. A booklet has been published with a methodical part and examples of peace achievements in education in many countries and continents
The youth of Living Peace will participate in the Amman (Jordan) 2nd World Forum of Peace (20th à25thSeptember 2017). You can find more information on the Living Peace atlivingpeaceinternational@gmail.com
Within your projects, do you cooperate with local authorities and institutions ? If yes, how?
Other dices, like the dice of Fraternity, have been theorized and acknowledged by some Ministries of Education like in France, Brasil, or Croatia. In this country a University has studied scientifically this method. In France the site is www.fraternaide.fr
The Run4Unity day takes place in hundreds of cities on 5 continents. It involves groups of youth that prepare various sorts of events that make it possible to make visible unity, dialogue, reconciliation and friendship between different generations, races, religions or other beliefs according to the local situations and in accordance with local institutions.
https://promosaik.org/wp-content/uploads/2017/02/11086.jpg 241 242 promosaik https://promosaik.org/wp-content/uploads/2020/02/Promosaik_brandwordmark.png promosaik2017-02-26 08:19:232017-02-26 08:19:23Chantal Grevin - New Humanity