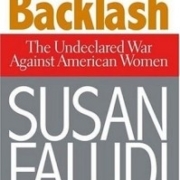 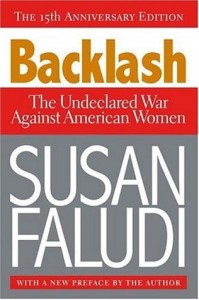 “Opting-out,” “security moms,” “desperate housewives,” “the new baby fever”—the trend stories of 2006 leave no doubt that American women are still being barraged by the same backlash messages that Susan Faludi brilliantly exposed in her 1991 bestselling book of revelations. Now, the book that reignited the feminist movement is back in a fifteenth anniversary edition, with a new preface by the author that brings backlash consciousness up to date.

When it was first published, Backlash made headlines for puncturing such favorite media myths as the “infertility epidemic” and the “man shortage,” myths that defied statistical realities. These willfully fictitious media campaigns added up to an antifeminist backlash. Whatever progress feminism has recently made, Faludi’s words today seem prophetic. The media still love stories about stay-at-home moms and the “dangers” of women’s career ambitions; the glass ceiling is still low; women are still punished for wanting to succeed; basic reproductive rights are still hanging by a thread. The backlash clearly exists.

With passion and precision, Faludi shows in her new preface how the creators of commercial culture distort feminist concepts to sell products while selling women downstream, how the feminist ethic of economic independence is twisted into the consumer ethic of buying power, and how the feminist quest for self-determination is warped into a self-centered quest for self-improvement. Backlash is a classic of feminism, an alarm bell for women of every generation, reminding us of the dangers that we still face.