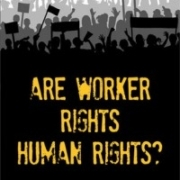 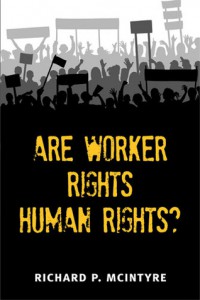 “Workers of the world, unite!” Karl Marx’s famous call to action still promises an effective means of winning human rights in the modern global economy, according to economist Richard P. McIntyre. Currently, the human rights movement insists upon a person’s right to life, freedom, and material necessities. In democratic, industrial nations such as the United States, the movement focuses more specifically on a person’s civil rights and equal opportunity.

The movement’s victories since WWII have come at a cost, however. The emphasis on individual rights erodes collective rights—the rights that disadvantaged peoples need to assert their most basic human rights. This is particularly true for workers, McIntyre argues. By reintroducing Marxian and Institutional analysis, he reveals the class relations and power structures that determine the position of workers in the global economy. The best hope for achieving workers’ rights, he concludes, lies in grassroots labor organizations that claim the right of association and collective bargaining.

At last, an economist offers a vision for human rights that takes both moral questions and class relations seriously.