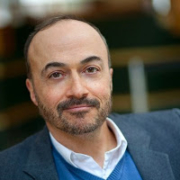 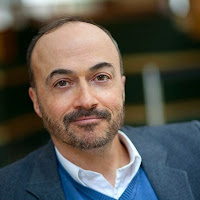 by Milena Rampoldi, ProMosaik e.V. Our interview with Robert Fantina about a lot of matters we wanted to hear from a US-critical perspective. Robert Fantina is an activist and journalist, working for peace and social justice. He writes extensively about U.S. militarism, and the Israeli oppression of the Palestinians. He is the author of two works of non-fiction: Desertion and the American Soldier: 1776 – 2006, and Empire, Racism and Genocide: A History of U.S. Foreign Policy. Additionally, he is the author of a Vietnam-era, anti-war novel entitled Look Not Unto the Morrow
A U.S. citizen, Mr. Fantina  moved to Canada following the 2004 U.S. presidential election, and now resides near Toronto, Ontario. Visit his web page at http://robertfantina.com/
Milena Rampoldi: Which are the most problematic aspects of Islamophobia in the USA?
Robert Fantina: There are many problems with this ugly issue, but the most significant is the physical threats to Muslims. Although not endemic, it seems to be growing. And as government officials, and those seeking election, such as Donald Trump, along with the corporate-owned media, continue to equate terrorism with Islam, this danger will only grow.
We see this in the wide acceptance of armed picketing of mosques. In the U.S., if an armed group of Muslims were to surround a Christian church or Jewish synagogue during services, all government officials would be outraged. When the reverse occurs, it is reported as news, but the perpetrators are seen as brave Americans standing up for the U.S.
MR: I think that pro-Palestinian activism is special in the USA, because of the huge support the USA offers to Israel. How can we write against it?

RF: The U.S. supports Israel unquestioningly, mainly, if not exclusively, because of the power of the American Israel Political Affairs Committee. This lobby group funnels millions of dollars into the campaigns of government officials, all who agree to overlook Israeli violations of human rights and international law.

Paul Muwowo: An Interview about the Reformed Church in Zambia