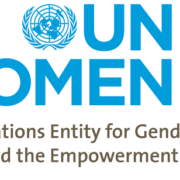 By Milena Rampoldi, ProMosaik. In the following my interview with Aleksandra Kuljanin,Communication and Campaign Officer of UN Women. I asked her questions about UN WOMEN and the campaign to prevent violence against women. I also talked to her about our vision of feminism in plural to find out what she thinks about a cultural and religious declension of the feminist movement. I would like to thank Aleksandra for her detailled anwers.

Which is the principal role of UN WOMEN?
UN Women was created to be a dynamic and strong champion for women and girls, providing them with a powerful voice at the global, regional and local levels. Grounded in the vision of equality enshrined in the UN Charter, UN Women, among other issues, works for the:elimination of discrimination against women and girls; empowerment of women; and achievement of equality between women and men as partners and beneficiaries of development, human rights, humanitarian action and peace and security.
The main roles of UN Women are to support inter-governmental bodies in their formulation of policies, global standards and norms; to help Member States to implement these standards and to lead and coordinate the UN system’s work on gender equality.
Over many decades, the UN has made significant progress in advancing gender equality, including through landmark agreements such as the Beijing Declaration and Platform for Action and the Convention on the Elimination of All Forms of Discrimination against Women (CEDAW). 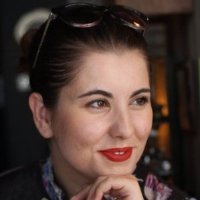 What does gender equality means to you?
Gender equality is not only a basic human right, but its achievement has enormous socio-economic ramifications. Empowering women fuels thriving economies, spurring productivity and growth. Yet gender inequalities remain deeply entrenched in every society. Women lack access to decent work and face occupational segregation and gender wage gaps. They are too often denied access to basic education and health care. Women in all parts of the world suffer violence and discrimination. They are under-represented in political and economic decision-making processes. For many years, the UN has faced serious challenges in its efforts to promote gender equality globally, including inadequate funding and no single recognized driver to direct UN activities on gender equality issues. UN Women was created to address such challenges.
Which are the best strategies to struggle against gender-based violence?
There are different strategies to combat gender based violence, and different strategies can be applied in different environments. In Bosnia and Herzegovina, UN Women supports the institutions and civil society organizations in their work to implement laws and policies aligned with legally-binding conventions on discrimination and violence against women and girls. In 2013, UN Women in partnership with the Agency for Gender Equality, Gender Centers, the BiH Statistics Agency and UNFPA supported the publication of the First National Study on Prevalence and Characteristics of Violence against Women in BiH. The findings of this study show that women in BiH are exposed to a high risk of violence, first in their immediate, intimate environment of relationships with partners and family, and then in the broader community. Findings also indicate that almost half of the women in BiH (older than 15) have been subjected at least once in their lifetime to some of four kinds of violence (physical, psychological, sexual and economic). The entry into force of the Council of Europe Convention on Preventing and Combating Violence against Women and Domestic Violence (Istanbul Convention) in August 2014 has marked an important milestone in the BiH efforts to curb violence against women and girls, in addition to new legislation on protection from family violence that was adopted in 2012 in both of BiH’s entities. However, there is still a need to harmonize these laws at all levels and implement their necessary provisions to ensure legal protection, equal treatment and respecting the rights of women and children, who are recognized as the most frequent victims of gender-based violence.
Throughout the years, we have also assisted the development of the National Framework Strategy to implement the Istanbul Convention and research for a baseline study on violence against women and girls, with indicators to monitor implementation, supported the creation and strengthening of Institutional Networks for the Support of Victims/Witnesses, so that those willing to testify in on-going court cases related to war crimes and war rape prosecutions are protected and given psychological support, strengthened capacities of the police officers and social workers in the Federation of Bosnia and Herzegovina and worked on raising awareness among men on changing harmful stereotypes.
In April 2016 UN Women launched a three-year programme on ending violence against women and domestic violence in BiH financially supported by the Swedish International Development Cooperation Agency (SIDA). The programme aims to strengthen the institutional and social response mechanisms to violence against women and domestic violence by contributing to the implementation of the Istanbul Convention. The programme has two main components that are focusing on protection of survivors and prevention of violence against women and domestic violence. Therefore, in cooperation with gender mechanisms and partner organizations, the programme aims to enhance availability, access and quality of services utilizing a multi-sectorial approach to address violence against women and domestic violence in BiH. This will be realised by support to state based and non-governmental institutional service provision in line with the requirements of the Istanbul Convention, as well as by deploying direct support to capacity development of relevant service providers in selected communities. UN Women will also have a strong focus on working with men and boys to address and understand gender roles through awareness campaigning and educational activities. In addition, key media actors and outlets will be engaged in advocacy, research and capacity building towards improving gender sensitive reporting and preventing violence against women and girls.

How to help women refugees and migrants?
Today, around the world, people are on the move. They are migrating to escape poverty, improve their livelihood and opportunities, or escaping conflict and devastation in their own countries. Women represent almost half of the 244 million migrants and half of the 19.6 million refugees worldwide. The remittances sent by women migrant workers improve the livelihood and health of their families and strengthen economies. In 2015, international migrants sent $432.6 billion in remittances to developing countries—nearly three times the amount of Official Development Assistance, which totaled at $131.6 billion. Women are often the first responders in a crisis, and whether en route or in camps, in home countries or destination countries, they play a crucial role in caring for, sustaining and rebuilding their communities. Yet, refugee and migrant women’s needs, priorities and voices are often missing from policies designed to protect and assist them. Specific challenges in transit include family separation, psychosocial stress and trauma, health complications, physical harm and injury, and risks of exploitation and gender-based violence. Language barriers and cultural factors, combined with the intention of asylum-seekers to move through transit countries as quickly as possible, make it more challenging for humanitarian actors’ to provide essential services, as well as to identify and support particularly vulnerable groups.
Girls and women who are displaced are now among the most vulnerable in the world and often experience sexual violence. Women refugees often fall prey to assault and rape, not only during transit, but also once they have reached a safe destination. Activities related to ensuring the safety of women range from installing more lighting in camps so that women can safely go to the toilet, to education and awareness programmes educating men.
ProMosaik is convinced that feminism is a movement in plural because it depends on culture and religion. What do you think about it?
Feminism, as the belief that men and women should have equal rights and opportunities and the theory of the political, economic and social equality of the sexes, is in the core of UN Women work, globally and locally. We believe that both men and women need to be equally involved in the movement and working together towards changing harmful stereotypes and reducing inequalities. Hence, UN Women ambassadors, such as Emma Watson, strongly advocate for the men and women from all walks of life to engage into feminist movement. Feminism certainly depends on different cultures and contexts, as any other political movement, and in Bosnian context it also reflects country’s specific gender issues. Therefore, in Bosnia and Herzegovina we have also undertaken activities under global uniting movement called HeForShe, which invites individuals to step forward and to speak up.
What are the main problems women have to face in your country? And which are the solutions?
In Bosnia and Herzegovina, women still face various problems in accessing rights. Apart from working on ending violence against women, UN Women is currently working alongside IOM, UNDP and UNFPA to advance the rights and address the needs of conflict-related sexual violence survivors in terms of access to quality services, social and economic empowerment, justice and reparations. In BiH, we are also supporting central and local governments in building their capacities to integrate in policy-making and strategic planning processes. UN Women also undertakes campaigns such as the annual 16 Days of Activism against Gender-Based Violence, International Women’s Day and the recently launched HeForShe campaign. 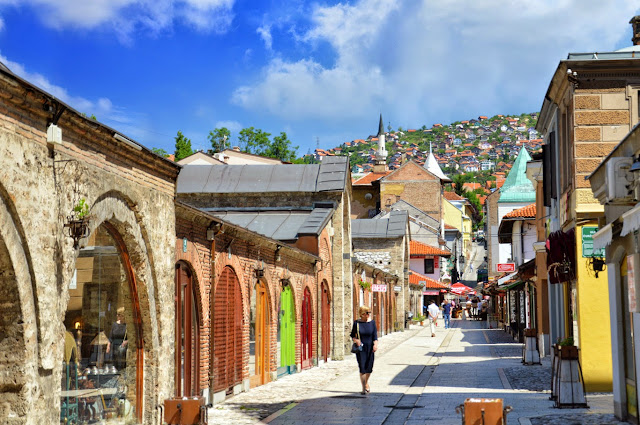