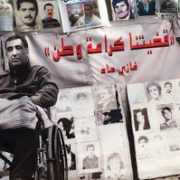 by Denise Nanni and Milena Rampoldi, ProMosaik. In the following our interview withAlefLiban about Syrian refugees in Lebanon. Alef says that the Lebanese Government has to respond better to this emergency.
What are the main difficulties that refugees face?
The Syrian refugees in Lebanon face series of challenges all generating from an overarching problem: the lack of a comprehensive policy regulating the stay of refugees in Lebanon in the midst of ad hoc restrictive policies. In that regard Syrians face challenges to their livelihood as the Lebanese government restricts the right to work on all Syrian refugees in Lebanon. In addition to that Syrians also face great pressure and a long-term problem as they aren’t able to register their new-borns resulting in an increase in stateless children among Syrian refugees. Furthermore Syrians also face problems such as limited access to education, a narrow access to healthcare and an increase in their reliance on a shrinking international aid.