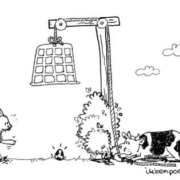 Afrikaans is a West Germanic language. It is spoken in some African countries (South Africa, Namibia, and partially in Botswana and Zimbabwe). It developed from the South Hollandic dialect brought by Duth settlers to today’s South Africa. Since the very big distance from the original homeland, the language began to develop distinguishing characteristics in the course of the 18th century.As a consequence, we can say that Afrikaans is a daughter language of Dutch. The term is ultimately derived from the colonialist Dutch „Afrikaans-Hollands“.

Although Afrikaans has adopted words from other languages, including Portuguese, the Bantu languages, Malay, German and the Khoisan languages, an estimated 90 to 95% of Afrikaans vocabulary is of Dutch origin. Therefore, differences with Dutch often lie in the more analytic morphology and grammar of Afrikaans, and a spelling that expresses Afrikaans pronunciation rather than standard Dutch. There is a large degree of mutual intelligibility between the two languages—especially in written form.

ProMosaik offers translations from and into Afrikaans in the following fields:

The literal translation is a cow could catch a rabbit, the English equivalent is: Pigs might fly. 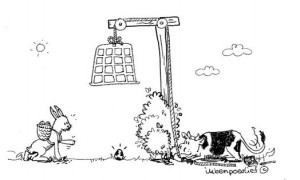 Estimates of the total number of Afrikaans speakers range between 15 and 23 million.

ProMosaik Trans Istanbul offers the following language combinations from and into Afrikaans:

Send your request and documents to info@promosaik.com

FHI 360 – Everything is connected
Scroll to top