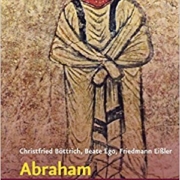 Abraham is one of the best-known figures of the Hebrew Bible. Early Christianity also claimed the “father of many peoples” as one of its “role models.” In the Islamic tradition, Abraham appears in the role of the prime father and as a religious founder. It is not by chance that we speak of “Abrahamic religions” or of “Abrahamic ecumenism” whenever Jews, Christians and Muslims gather to discuss matters. Abraham’s particular relationship to God causes the respective perception of the phenomenon of “belief” to take center stage, although this figure also reflects the difficult relationship between one’s own community and the rest of the world. Beginning with the story of Abraham told in the Old Testament, the authors draw a sketch of the patriarch in Jewish exegesis, in the New Testament and Patristic theology, as well as in the Koran and Islamic legends of the Prophet.