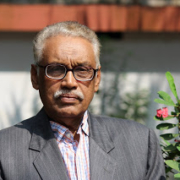 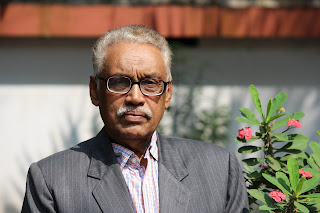 by Milena Rampoldi, ProMosaik e.V. – In the following I would like to introduce you to a teacher, translator, and editor from Kerala, India, Prof. Kaleem Koya. He got in touch with me to give me a great news: the book by the Egyptian scholar of the Muslim Brotherhood Abdulhalim Abu Shaqqa entitled “Tahrir al-mara‘ fi ‘asr al-risala” I had partially translated into German to show how Islam promotes social and political female rights, in which I also analysed his biography between exile and political persecution, was published by Prof. Koya in his native language, Malayalam, the language of the region of Kerala, India. I was so happy to hear that because ProMosaik stands for cultural and linguistic diversity within the Muslim Ummah.
First of all, a short biography of Prof. Koya: He was born in the suburbs of the historic city of Calicut, in the South Indian state of Kerala,  P Koya (Parappurathu stands for the place of birth as is the custom in this part of the world, Koya is khoja). After having taking his Masters in English language and literature from the  University of Calicut, he became lecturer in the Deparment of Collegiate Education when he  taught for more than a decade. Simultaneously he pursued reading, writing and organizing youth and students.
He has published 6 books either translation or original in the language of Malayalam. In his work he focusses on Islam, and Muslims and modernity. Currently Kaleem Koya is the Managing Editor of the newspaper Thejas Daily (Thejas means light) which is widely distributed in Kerala and The Gulf where there are many Keralite expatriates.
His social activities include involvement in the activities of the Popular Front of India, a neo-social movement with presence in more than 15 provinces in the country. He also guides the National Confederation Human Rights Organizations (NCHRO), the largest human rights body in India.
I asked him questions about the importance of Abu Shaqqa, and the promotion of women’s rights according to Islam in the Muslim communities.

Milena Rampoldi: ProMosaik e.V. starts from the assumption that the Ummah is unified by Islam, and diversified by culture and language. So we think that translating Islamic books into different languages of the Muslim world is fundamental. What do you think about it?
Kaleem Koya: I agree with the assumption that Islam unites the Ummah but allows local variations to under line the perennial nature of the revealed religion. Over the history, Islam has shown remarkable ability to absorb multiplicities adding colour and variety to  universal community. In the past we come across scholars busily translating seminal works from  languages other than Arabic and it was a reflection of internal strength of the Ummah. It is again translations from Arabic that helped kick start the Renaissance. The Arab World unfortunately has fallen on lean times showing  decline in terms of knowledge production. Malayalam spoken by 23 million people of the south Indian state of Kerala has benefited much from translations from European and Middle Eastern languages.
MR: What is the situation of Muslims in Kerala, India? Which are the most important problems of Muslim women there?
KK: Muslims of Kerala enjoy a comparatively better position among the 180 million Indian Muslims due to historical and cultural reasons. Being a coastal people they were more open to external influence from the Gulf. Their relations with South East Asia were also good in the past. (Vasco De Gama first landed in Malabar, the northern region of Kerala). Until recently Muslim women enjoyed more freedom.But due to the influence of the Gulf, orthodox ulema and salafism of the Saudi Arabian variety they face restrictions. At the same time they are taking up higher education in larger numbers which will help them overcome these difficulties. 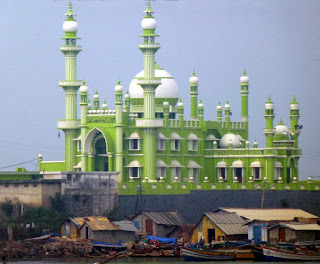 MR: Why did you decide to translate Abu Shaqqa into Malayalam? Which are the most important things we can learn from Abu Shaqqa to promote women in Muslim societies?

KK: We have tradition of  translating good books published in  other languages. (For instance we have Malayalam translation of Sahih Bukhari). The significance of Abu Shaqqa is that his monumental work on the rights of women will remove many misconceptions about the status of women in Islam spread not  only by different Muslim factions but also by the enemies of Islam. Abu Shaqqa has proved beyond any doubt that the Prophet liberated women and latter day arguments about their strict  domesticity goes against the grain of the Prophetic teachings.
MR: I am convinced that women has to stand with men in society and politics to develop the Muslim countries and to fight for justice, against oppression, and for knowledge and peace. What do you think about it?
KK: There is no argument about it. Both men and women as  Allah’s creations should shoulder the responsibility and fight for equity and justice in the Muslim societies torn asunder by conflict and division especially in the Middle East.
MR: How can Abu Shaqqa help many men to understand women rights today?
KK: As I said earlier, through the translation of Abu Shaqqa  men will understand the real nature of Islam’s approach to gender justice.

General information about Muslim education in Kerala
Kerala’s Muslims are unique among their co-religionists in India in fashioning a system of education that enables their children to attend both religious as well as regular schools at the same time. Muslims account for around a fourth of Kerala’s population, and the state’s Muslims, known as Mapillas, are among the most literate of the various Muslim communities in the country. Madrasas and schools run by literally hundreds of Muslim religious organizations in the state have made this possible. A recent study by Zubair Hudawi, himself a madrasa graduate from Kerala and presently a doctoral candidate at the Jawaharlal Nehru University, New Delhi, titled ‘Development and Modernisation of Religious Education in Kerala: The Role of the Samastha Kerala Jameyyat ul-Ulama’, discusses this contribution in great detail (source: indianmuslims.in)

FGM in the USA – a forgotten phenomenon: an interview with Sarah Rodr...
Scroll to top