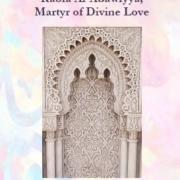 This is one of the philosophical books about Islamic mysticism that has touched me most in my life as a reader. This is why I decided to present it in English. 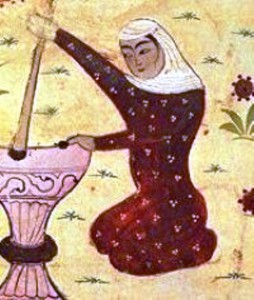 I believe the author is the Arabic philosopher of existentialism tout-court. With this booklet, the Egyptian writer and philosopher Abderrahman Badawi (1917-2002) makes an essential contribution to interreligious dialogue, in particular with Christianity, offering many comparative and dialogic approaches within mysticism and spiritual life in Christianity and Islam, starting from a concept essential to Christianity, that of Divine Love.

In his research, he compares the great Sufi Saint Rabia al-Adawiyah and her psychological and theological-philosophical path towards true Divine Love, as a completely dematerialised experience going beyond religion as duty and law, with various important thinkers and mystic pioneers of Christianity like Theresa of Avila, St. John of the Cross, or notable Christian Saints like Saint Francis of Assisi and Saint Augustine of Hippo. 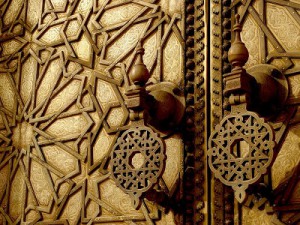 A second aspect that makes this work fundamental for Islamic interreligious studies is that Rabia al-Adawiyah was a woman. For Islamic feminism, she represents an essential model of self-engagement, braveness, and struggle for female spiritual growth.

Badawi’s work is noted for detailed historical and philosophical research, a very critical evaluation of hagiographic sources, the clear distinction between reality and legend, myth and history, and the importance of spirituality and personal growth in faith.

Another important aspect is the concept of dematerialisation of Islam, initiated by Rabia al-Adawiyah who influenced whole centuries of Islamic philosophy and mystic thinking. For Badawi, the example of going beyond the Kaaba and beyond the idea of hellfire and paradise to really love Allah because of Himself only represents an incredibly developed concept for that time. 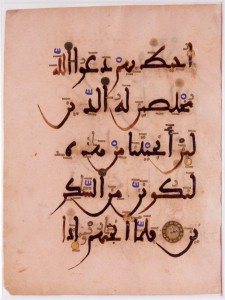 There follows a short summary of all small chapters of Badawi’s research with an indication of the most important concepts and arguments he expressed. 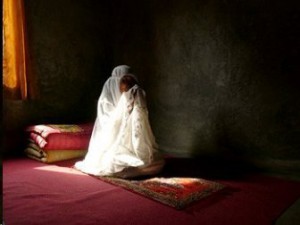 In chapter 1, Badawi presents the two main difficulties in researching Rabia’s life: on one hand the scarcity of sources, and on the other the confusing legends and invented stories to embellish her theological achievements and spiritual development and perfectness.

The final objective of the author’s work is to comprehensively show and describe the spiritual development of Rabia al-Adawiyya, from her life of the earthly life through his conversion until her perfection as martyr of Divine Love.

Unfortunately, we know very little about Rabia’s life. Apparently she was born in a poor household, and became a slave who was then freed. For a while, Rabia worked as a reed pipe player. Her conversion then followed. Her personality changed completely, by emerging from the dark night to the light of great souls like St. John of the Cross, St. Augustine and many other Christian mystics. 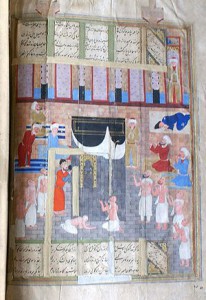 In my opinion, Badawi’s approach to spiritual life as a universal phenomenon can be very useful in promoting interreligious dialogue between Christianity and Islam. The philosophical method of existentialist philosophy can be very fruitful for the analysis of internal spiritual development towards perfectness in Saints and mystics.

Another important aspect I consider very innovative in this work by Badawi concerns the concept of Divine Love, another subject at the crosslink of Christian and Islamic Theology. Badawi starts from the basic assumption that Rabia was a Martyr of Divine Love, and that this Divine Love was the achievement of spiritual de-materialised perfectness.

This idea is also shown very well in two discourses: first, the subject about the Kaaba, which has to be controversially de-materialised to achieve real spirituality. In this context, Islam goes beyond Judaism and Christianity, which connect worship to a particular place, while Islam de-materialises spiritual life completely on a topologic level.

Second, the concept of Paradise and Hellfire, which are completely useless in achieving spiritual perfection. Indeed, Rabia affirms that those who obey Allah because they fear hellfire are not true believers, since those who really loves Allah only love Him for Himself, without looking for any reward, and without being afraid of any punishment. 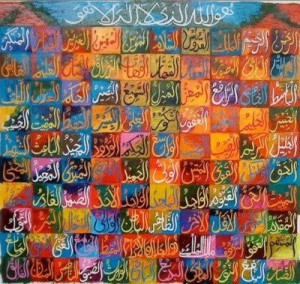 In the sixth chapter, Abderrahman Badawi introduces the important biographical problems, with Rabia often confused with another Rabia, even if for both there are many legends and embellishments to prove their spiritual achievements and perfectness.

Another important matter Badawi focuses on is the refusal of married life in Rabia’s sufi mysticism. She is convinced that marriage would force her to strive for divine love according to Quran and Sunnah. The same can be said about all worldly and material attachments and links, even if they are linked to religion like the Kaaba and the belief in paradise and hellfire. Rabia’s core principle is to love Allah for Himself without any condition and reward. The Sufi notion of “camaraderie”, explained in detail by the author, is affirmed by him as an early development of what will become al-Hallaj’s concept of Divine Love in the future development of non-orthodox Sufism.

According to the emotional concept of Love in Rabia’s thought, there is an important distinction to be made between passionate love on one hand, and true love on the other. Indeed, despite this qualitative distinction, Rabia used them both, even if she always had in mind that Loving Allah Himself for nothing but Himself is the highest level of Love of real believers. In my view, the following passage I would like to mention in the present foreword can be said to be the core message expressed by Badawi in his work about Rabia al-Adawiyya:

“Then the final stage came by lowering the curtains of her divine love tragedy by the scene of those angels, i.e. the women who took her to her final resting place in heaven, like Gretchen in ‘Faust II’. However, she was not elevated to the high rank by eternal “womanly” (Das Ewig-Weibliche), but by the martyr-dom of divine love. Anyway, who knows! Eternal femininity and divine love may be the same!”

I would say that without excluding the possibility that Eternal femininity and Divine Love could perhaps coincide, Badawi exalts women’s contribution to Islam not only in the area of mysticism, but in general Islamic thought and religious culture. Moreover, this is the heritage by Rabia we have to strongly reaffirm today.

of the extensive legends invented about her life and deeds also prove her essential importance in Islamic doctrinal development.

Another important aspect inherent in Divine Love according to Rabia’s world vision is the duality between passivity and activity. Detaching herself from passionate love to reach the real love of loving Allah for Himself only was not the last passage she wanted to achieve, as she additionally strived for active love as product of the passive experience of Divine Love she had already experienced. 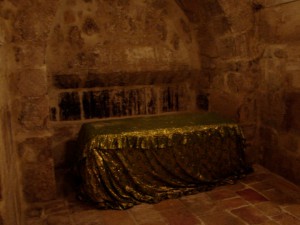 As concerns the explanation of this active love made of hardship and struggles, Badawi compares Rabia’s experience with the dark night of Juan de la Cruz, offering us another important thought-provoking impulse for interreligious dialogue between Christia-nity and Islam.

In the next chapter, Badawi makes an important topological distinction between the three monotheistic religions, focussing on the fact that Islam does not “limit worship to one place, because every place could be made a house for worshipping Allah.” The thesis the author affirms is that Rabia revolutionarily transformed Islamic thought by her criticism of the sensual and material aspects of religion as we have already seen in her discourse on the Kaaba. Another important element Rabia introduced into Islamic spirituality was the call for pain, an essential element of the path to Divine Love. True worship is worship devoted to Allah without seeking rewards or benefits; it is not because of some religious text or fear; and it is not because of awakening of desire or fear. It is not because of Paradise or hellfire. This is the central message of Rabia’s Sufi spiritual conception.

If you are interested in this book, please buy a copy to support the work of the association ProMosaik e.V.

A part of the book is available for free: